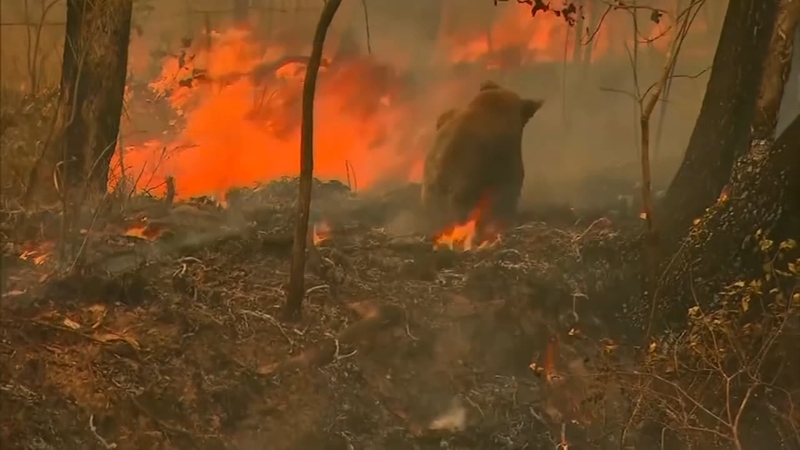 Koala dies one week after video of rescue from Australia wildfire

SYDNEY -- Ellenborough Lewis, the koala who shot to internet fame after being rescued last week from massive wildfires that engulfed the Australian state of New South Wales, has died.

Port Macquarie Koala Hospital made the decision to euthanize Lewis Tuesday after inspecting his wounds. It became clear that the marsupial's burns were not going to improve, the hospital said in a Facebook post.

"(Our) number one goal is animal welfare, so it was on those grounds that this decision was made," the hospital said.

Lewis had already been receiving "substantial pain relief," and the hospital warned Saturday that it was considering putting him to sleep if it was determined that "his injuries and his pain are not treatable and tolerable."

Lewis was estimated to be about 14 years old, according to CNN affiliate 9 News.

Ellenborough Lewis, the koala who shot to internet fame after being rescued last week from massive wildfires that engulfed the Australian state of New South Wales, has died.

Lewis' story went viral after video showed motorist Toni Doherty running from her car to help the koala near Port Macquarie as the catastrophic fires that have ravaged New South Wales burned all around them.

Doherty named the koala after one of her seven grandchildren.

The pair were reunited Thursday at the Port Macquarie Koala Hospital, where Lewis was wrapped in blankets and hooked up to an oxygen mask.

The blazes have been particularly devastating to the region's koala population. More than 350 of the marsupials are feared to have been killed by the fires, according to animal experts.

Experts worry that frequent devastating bushfires and deforestation could spell danger for Australia's koala population. Koalas are now considered endangered, according to the International Union for Conservation of Nature's Red List of Threatened Species.