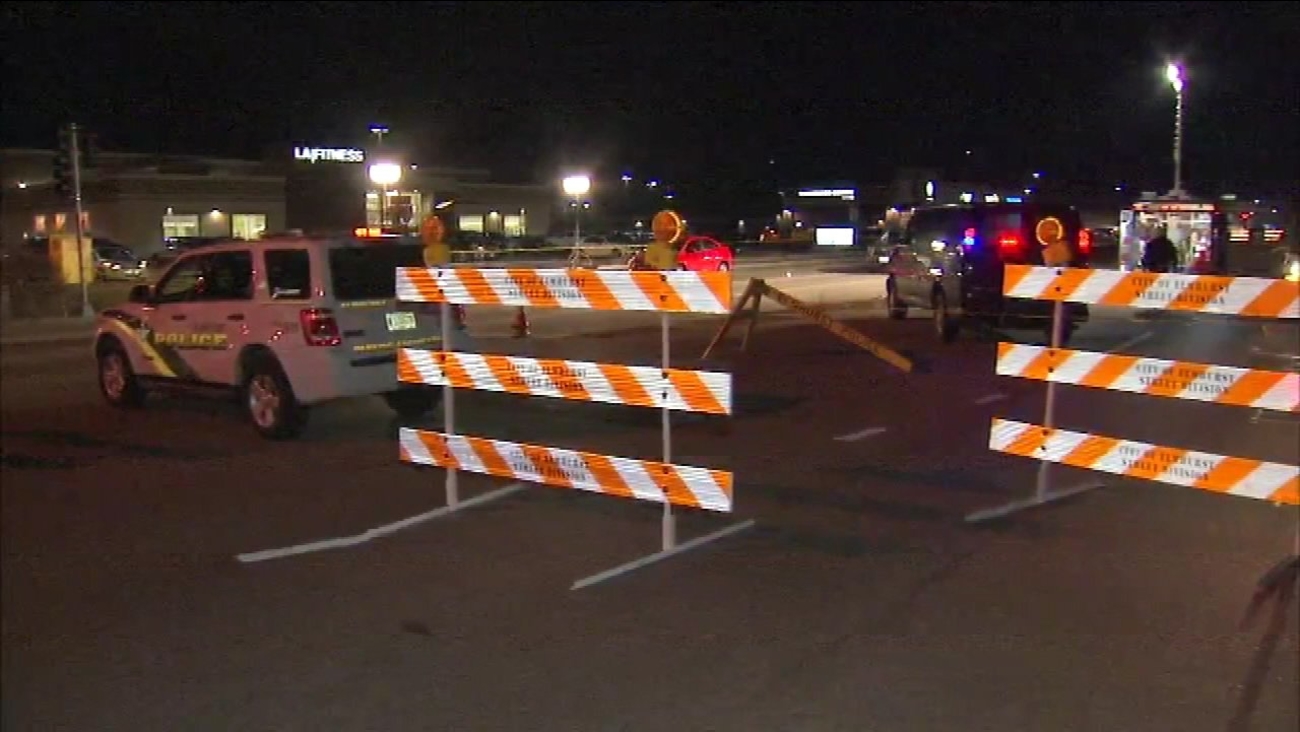 Police investigate after a driver sped away from a traffic stop near York Road and Crestview Avenue Tuesday night.

ELMHURST, Ill. (WLS) -- An Elmhurst police officer fired at a driver during a traffic stop after police said the driver drove at the officer Tuesday.

Police said officers stopped a vehicle at York Road and Crestview Avenue at about 4:45 p.m. During the stop, the driver drove his vehicle at an officer and the officer's gun discharged.

The suspect fled from police and crashed into another vehicle.

The suspect's car was found in Chicago. No injuries have been reported.

"First I thought it was an accident, then I started seeing the tape come out and I was like this is not an accident there's more to it," said witness Shelly McCormick. "It's very scary. It's been very quiet."

Some witnesses said they heard possible gun shots and saw several young people being taken out of a car and put into handcuffs.