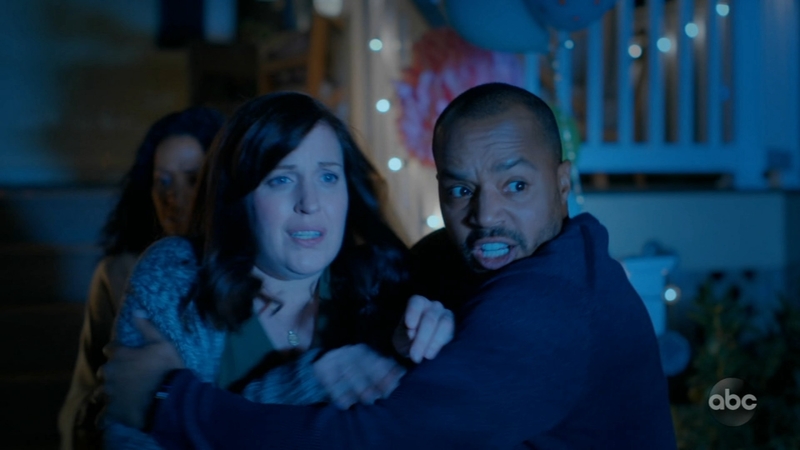 ABC7's Janet Davies went on location of breakout drama "Emergence" to get a behind-the-scenes look at the series where they film in New Jersey.

"I try to inject a lot of my humor into this and it gets shut down," said Donald Faison, who plays Alex Evans. "That's how it works. To pitch joke after joke after joke and all I get is, 'Donald, it's not that show.'"

Faison is a comedy series staple. Robert Bailey Jr., who started in the business very young, said that in his previous work he gets killed off a lot. His fans are hoping that won't be the case this time.

"Yeah, we've gotten that response a lot online," Bailey said. "Chris is often in dangerous situations - it's like, I hope he doesn't get shot here. So far so good. Yeah, we'll see what happens."

If you've been watching Emergence you know that in Episode 3, one of the main characters was revealed as AI, or artificial intelligence - and that was a wow. But coming up in the next few weeks, you are going to see some more wows.

"Well, there's always a wow thing on 'Emergence,'" said Ashley Aufderheide, who plays Jo Evans' daughter. "I want to spoil it, but I really can't."

"I truly have now lost track of where we are ending up," said Allison Tolman, who plays Chief Jo Evans. "I don't know where the season goes anymore. But they do an incredible job of providing those wow moments in every episode and continuing just kinda like up the bar. It amazing to me how they continue to find ways to make the rabbit hole go deeper and deeper."