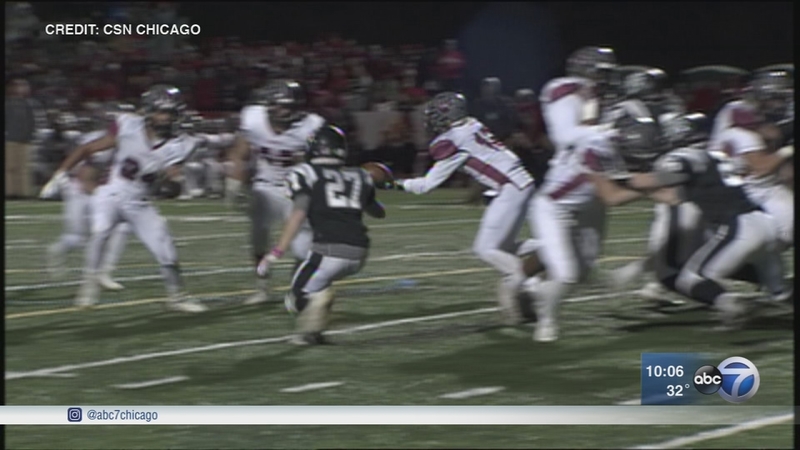 Attorneys representing Fenwick High School in Oak Park asked for an emergency order Monday afternoon looking to overturn the results of a high-stakes, semi-final football game on Saturday, the I-Team has learned.

The Fenwick vs. Plainfield North High school game ended with the referees making a mistake, but will now play out in Cook County Chancery Court.

The emergency motion seeks to overturn the semi final game and send Fenwick to the state finals this weekend, instead of Plainfield North which "officially" won the game.

The controversial finish to the game was due to what state athletic officials called a mistake by the officials on the field.

The Illinois High School Association almost immediately ruled that Fenwick should have won the game, even though Plainfield North is, of now, headed to the state championship.

"The rule states that they were not supposed to get another play at that point," said Peter Groom, Plainfield Principal.

Attorneys representing Fenwick told Judge Kathleen Kennedy that playing in the state championship is a once-in-a-lifetime opportunity and that if the emergency order is not granted, Fenwick would face irreparable harm.

Kennedy has set a hearing for 9:30 a.m. Wednesday to hear arguments on the motion for a permanent injunction that would reverse the results of the game.

There is no dispute that the ending was incorrect. The game should have ended in a 10-7 Fenwick victory that overtime should not have been allowed and that the Plainfield 18-17 win in overtime was false and should not stand.

"We understand Fenwick's position, however, Plainfield North won the game in overtime and are preparing for the state championship game on Saturday."

Officials had flagged Fenwick for intentional grounding and mistakenly gave Plainfield North an untimed down, that allowed a game-tying field goal before winning in overtime.

The class 7A state championship will be held 4 p.m. Saturday at Memorial Stadium in Champaign. As of Monday, Plainfield North against undefeated East Saint Louis.