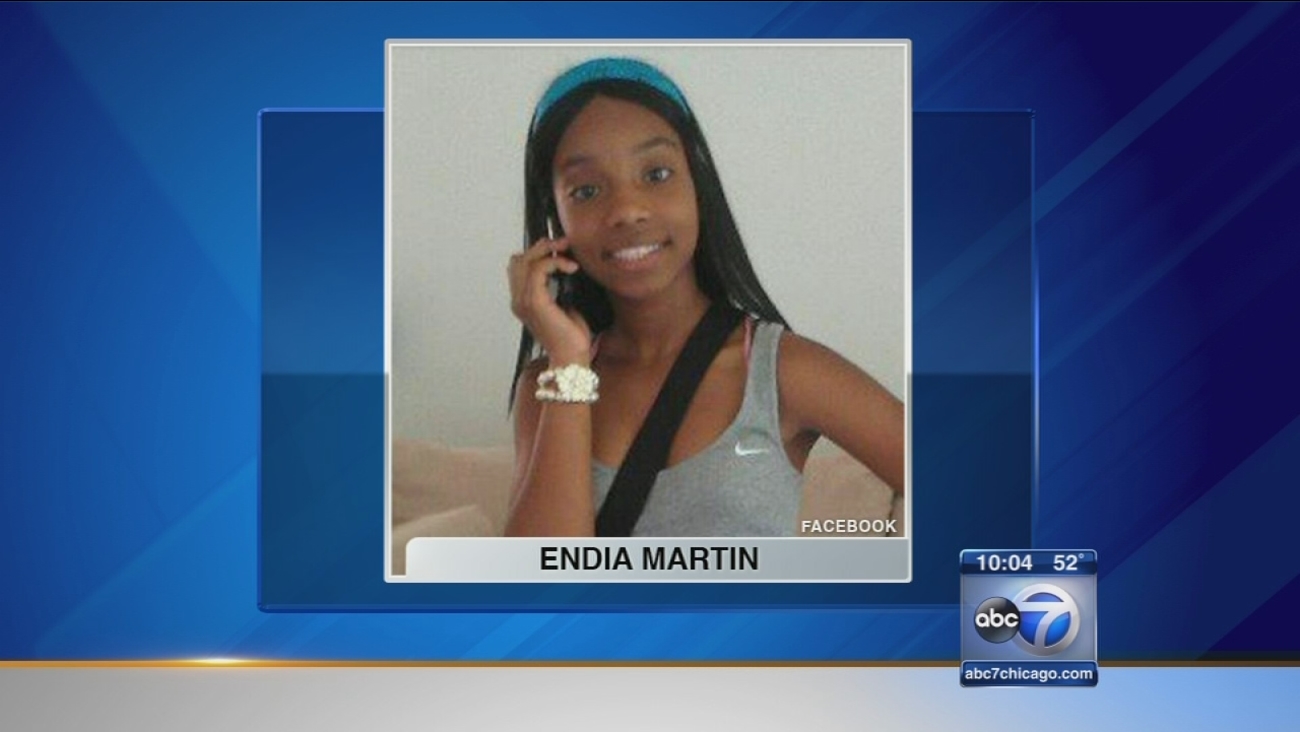 A young girl is victim of gun violence on Chicago's South Side when the 14-year-old was killed and another teenager was wounded in a shooting in the 900 block of West Garfield in the Back of the Yards Neighborhood. (WLS)

CHICAGO -- A 17-year-old boy who faces gun charges in the murder of Endia Martin, 14, is scheduled to appear in court on Thursday.

Martin was shot to death in April 2014. Her family says the suspect, a now 15-year-old girl, was Martin's close friend. The two were fighting over a boy on Facebook, they said.

She faces first-degree murder in the case and will appear in court for a status hearing on April 27.

The boy, who has not been identified due to his age, is charged with illegally having a gun, using it, and trying to get rid of it after it was used to kill Martin.