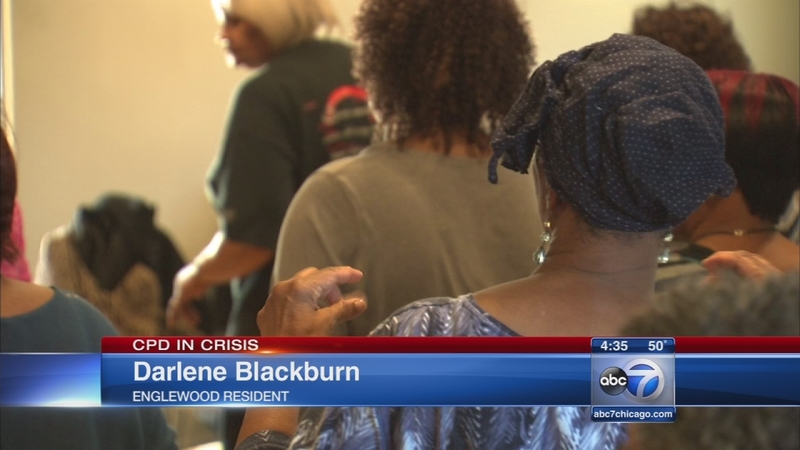 CHICAGO (WLS) -- Emotions run high and trust is low in the Englewood, a neighborhood plagued by violence.

"Every time I see a child getting shot or killed it brings back my tragedy. Mine happened in 1981 when kids first started picking up guns," Ruby Fisher said.

Many watched Chicago Mayor Rahm Emanuel as he apologized for the shooting of black teenager Laquan McDonald by a Chicago police officer.

"Rahm Emanuel had that news conference to save face because he wants to stay mayor of Chicago," Donald Murphy said.

"You can't say sorry after the problem is done, when you knew about it beforehand," Nicholas Lockett, Kennedy King student, said.

"So much has been going on that's been undercover, that is finally coming to the light and I believe God is bringing it to the light for us to do something about it. We can't change the past but we can work on the future," Brenda Rivers said.

Rivers is optimistic that the mayor will follow through with his promises to reform the Chicago Police Department policies and strengthen ties within the black community.

"If we work with police and do what we can do to help them, to work out of this situation that we're in now. And I think it'll be better," Rivers said.

"Once the people know what's going on and start believing in each other, things will change," Fisher said.

The bottom line? :Talk is cheap. What happens next is what really matters