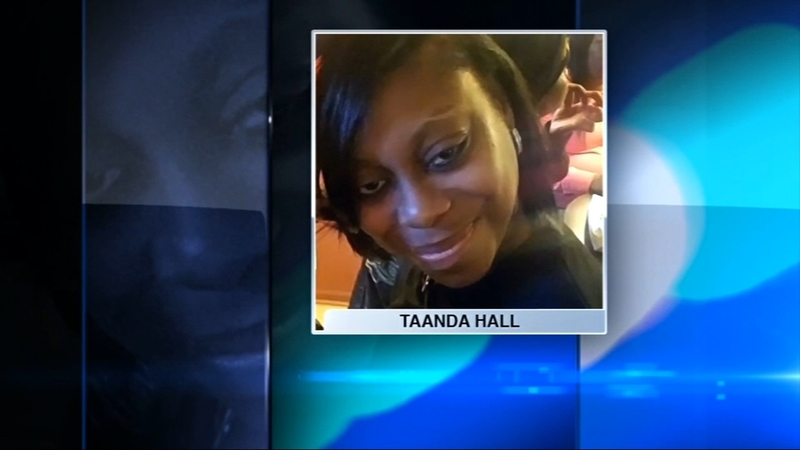 CHICAGO (WLS) -- A woman was found dead overnight after an apartment fire on Chicago's South Side and police are investigating her death as a homicide.

Firefighters responded around 12:05 a.m. Thursday to a report of a fire in the 1300-block of West 57th Street in the city's Englewood neighborhood. When they arrived, flames were shooting out of a window on the second floor.

First responders found a 38-year-old woman in a bedroom on that floor, police said. She was later identified by friends at Taanda Hall, a mother of three.

Hall was pronounced dead at the scene. An investigation determined that Hall's death was a homicide and the scene has been turned over to Chicago police as a crime scene, Chicago Fire Media said.

Arbreanna Staddan, a friend who lives in the building, said she rushed her daughter and grandson out of the building to escape the fire. It wasn't until later that she realized Hall was still inside.

"The neighbors knocked on door and told us to get out," Staddan said. "The next thing I know, when we were running out the door, the air conditioning unit was falling out the window."

It wasn't until firefighters arrived that she learned that Hall never made it out.

Hall's friends gathered together in a prayer circle later Thursday morning, sharing their thoughts and memories of the woman affectionately known as "Lucky."

"Because of that name, she embraced us all and she gave us luck," said Anitra Smith, a friend of the victim.

Hall had just moved into the unit above Staddan in March.

Hall worked as a bartender and while on the job, she made friends who became like family.

"When it came to your birthday, she was definitely the type to take you out for your birthday and just make sure you are ok," said friend Kimberly Williams.

She was planning to meet some friends Thursday here at City Life Restaurant and Lounge.

"I talked to Lucky Tuesday and we talked about some things," said friend Yvette Lawson.

"I was one of her regular customers. If I did not sit at Lucky's bar on the day she worked, the next day, if she sees me, 'Come here I want to talk to you. We got a problem,'" said friend Leroy Hicks.

An ATF agent scoured the scene with the help of a dog. Investigators spent hours combing through piles of debris and a dark green Ford Explorer registered to Hall was towed from the scene.

Hall's loved ones watched it all unfold from behind the police tape, left with many questions.

"We're still looking for answers, so that is still to be determined. But other than that, we'll just enjoy her life and embrace it and embrace the memories," Smith said.