Protestors say that Latrell Allen bond is unjust, call for police budget to be slashed by 75% 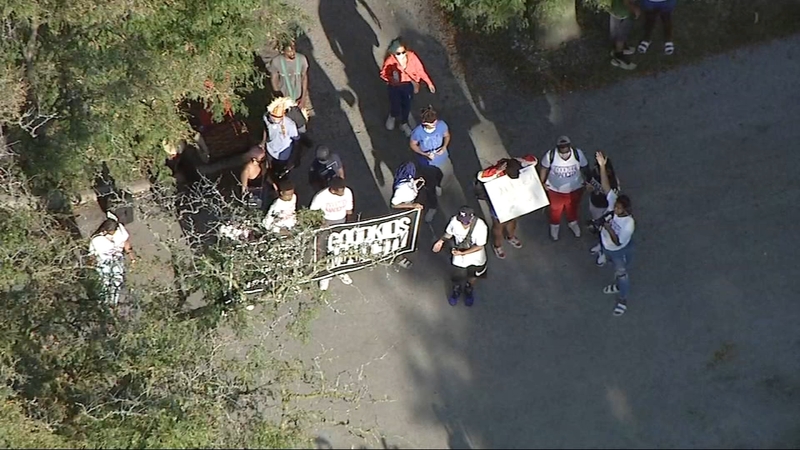 Protestors say that Latrell Allen bond is unjust, call for police budget to be slashed by 70%

CHICAGO (WLS) -- A group of protestors gathered near 57th and Cottage Grove late Friday afternoon to call for the the Chicago Police Department's budget to be slashed by 75%.

Organizers said it is unjust for Latrell Allen to be held on a $1 million bond without CPD body cam footage of the shooting.

Allen was shot by police on Sunday.

"If people want to care about materialistic things, over actual lives, then they obviously do not care about what they think they need to be caring about," said Alycia Kamil.

Police watched the group from the side of the demonstrations Friday, but demonstrators said they do not feel protected by the presence.