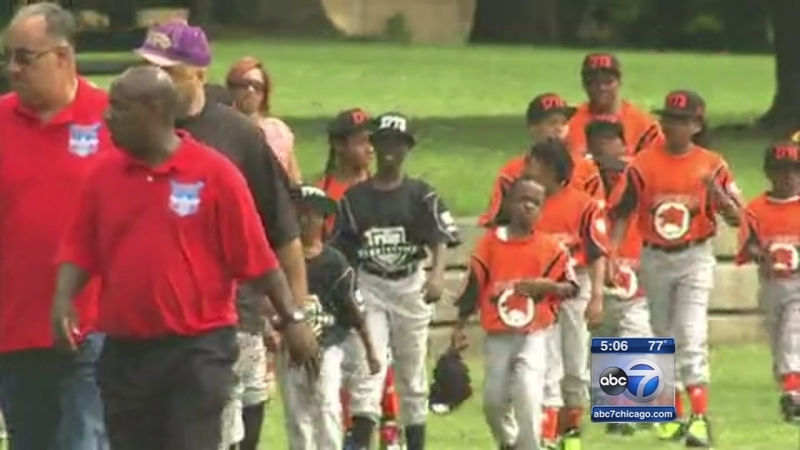 CHICAGO (WLS) -- In an effort to keep children away from violence, Chicago police and community groups have launched a youth baseball league in the city's Englewood neighborhood.

They've practiced for six weeks, and soon these young baseball players will take to the fields at Hamilton Park for opening day of the Englewood Police Youth Baseball League.

"If you could have been here day done or day two, they couldn't catch a ball, couldn't throw. Definitely could not hit," said Angela Wormley, Chicago police officer.

Wormley is out of the Chicago Police Department's Seventh District in Englewood.

She also lives in the community and jumped at the chance to coach one of six teams in the new league, even though she had no prior experience with baseball.

"I've been Googling baseball stuff and learning a lot while working with the children," Wormley said.

While playing the game has been fun, the league is about more than baseball; it's a way to strengthen relationships and build trust between communities of color and the police.

"We're kind of a little scary. We're coming to stop a problem and it's not always sweet talk. But this gives them a chance to see a human side to us," Wormley said.

More than 100 kids signed up for the league, and donations from several organizations have taken care of expenses so the players didn't have to pay for anything.

"We really wanted to have them have this positive experience doing something fun that they can also be mentored as well as coached," said Dr. Toni Irving, Get In Chicago.