ABC7 Exclusive
WLS
CHICAGO (WLS) -- Spike Lee was candid, frank, and did not avoid any question about all the controversy surrounding "Chi-Raq".

Windy City Live's Val Warner was cast as a reporter in the film and spent several days on set. Lee says for months people have judged "Chi-Raq" just on the title; now they're judging it on a two minute and 30 second trailer.

And despite all the uproar, Lee says "Chi-Raq" is a serious film with a little comedy that's designed to shake up the status quo.

And it's the title, "Chi-Raq", that's grabbing headlines as much as the real life violence dramatized on the big screen.

"People, this film is not a joke," Lee said.

In an exclusive interview with ABC7, the Oscar-nominated writer and director Lee answered the chorus of criticisms from Mayor Rahm Emanuel.

"I was clear I wasn't happy about the title," Emanuel said.

Aldermen and other community leaders say that "Chi-Raq" puts Chicago in a negative light.

"I understand people from Chicago are being very sensitive, but facts are facts. New York City has three times the population, Chicago has more homicides than New York," Lee said.

Warner: "The movie 'Chi-Raq' - you kept this title despite the fact that a lot of Chicagoans have a big problem with it."
Lee: "It was Chicagoans who came up with the title."
Warner: "But you never thought about changing it for those that don't want it repeated?"
Lee: "This movie did not stop Tyshawn Lee from being executed, we had nothing to do with that. We're trying to shed light onto what's happening."

In the film, women of Englewood are key to combating the violence by withholding sex until the neighborhood's young men change their violent ways.

Jennifer Hudson is among the huge cast of Chicagoans with roles in the film, a fact Lee says proves "Chi-Raq" does not make light of the violence.

"Knowing Jennifer Hudson's history, knowing what happened to her family, do you think for one second she would be in this film?"

Lee isn't one to shy away from films that some consider controversial. His goal with "Chi-Raq", despite the title, is that the film will ultimately spark discussion and dialog of how to give young people hope.

"We hope with this film is to have people be honest and stop putting their heads in the sand and act like it's not happening. There will be people who won't like the film but at least you've seen it so you'll come from a place of intelligence," Lee said.
During the exclusive interview, Lee said Emanuel can sit next to him at the movie premiere later this month at the Chicago Theatre.

ABC7 is still waiting for a comment on that invitation from the mayor's office.

On Thursday morning's Windy City Live, Lee also answers the criticism about an outsider making a film about the violence in Chicago, and why he decided against making it a documentary. You can tune in for more at 11 a.m. on ABC7. 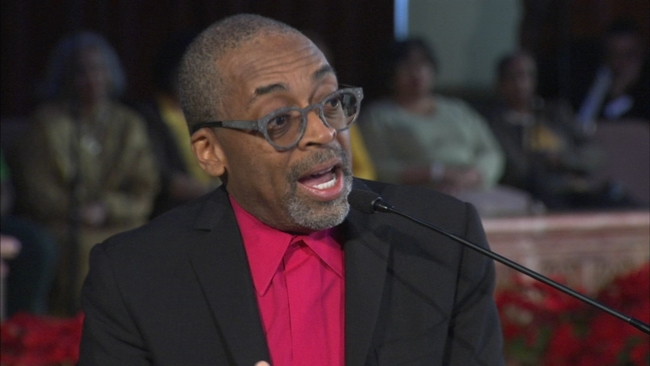 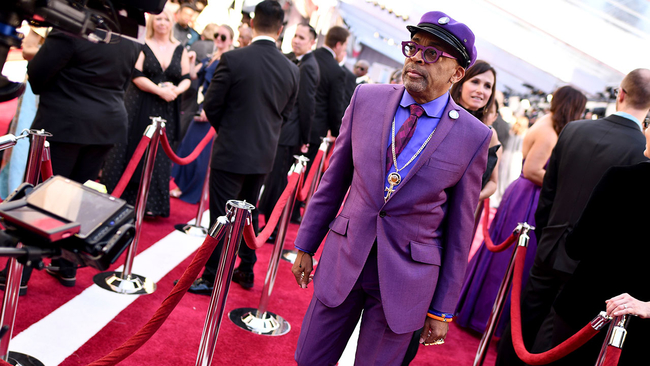