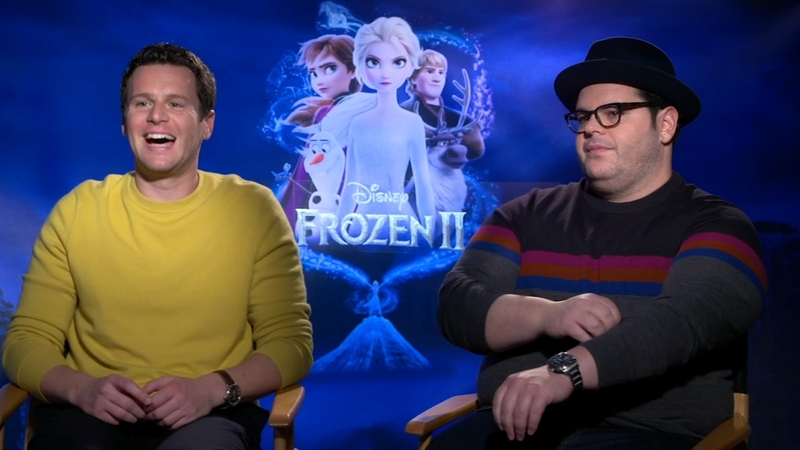 CHICAGO (WLS) -- "Frozen 2' is expected to be a major blockbuster during this opening weekend.

Actors Josh Gad and Jonathan Groff lend their voices to Olaf, the loveable snowman, and Kristoff, the Ice Master who melts Anna's heart.

I would love to know what part of your character's appearance, when you character's on screen - do you like the best?

"I feel like Kristoff's been working out since the first film," Gad said. "He's gotten more buff!"

"He must be really doing some workouts on his own in the castle," Groff said.

Both performers are accomplished stage actors and admire our town's talent.

"Chicago actors are the best. They are so versatile," Groff said.

"I got to sort of go into all of his old haunts and it was so cool to just get the perspective of that city, not only from where he would have gone, but to do it through the prism of his close friends, showing me around, was a pretty remarkable experience," he said. "I still feel like nobody's given me the proper deep dish pizza there."

"What?! It's everywhere!" Groff interjected.

"But I haven't had the one yet, they've all been incredible, but I need the quintessential bite of deep dish," Gad replied.