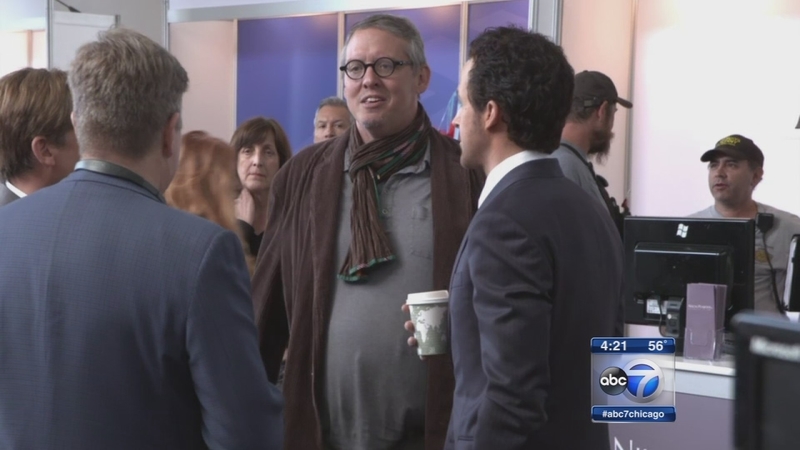 "The Big Short" takes a scathing look at the rampant Wall Street greed that burst the housing bubble less than a decade ago. Based on the bestselling novel of the same name, the dream cast is made up of Steve Carell, Christian Bale, Ryan Gosling and Brad Pitt.

"Craziest cast, yeah other writers and directors are so annoyed with me because usually you have your dream cast on a cork board when you're writing. Never in my life have they all said yes. This is the first time ever," McKay said.

Pitt not only stars in the movie, he's also the executive producer.

"Brad Pitt is a loud aggressive obnoxious guy. He constantly says, 'Do you know who I am? I'm Brad Pitt.' No, that is not true. He's actually like the sweetest most laid back guy," McKay said.

McKay and Carell's friendship dates back to their days in Chicago improve.

"The guy's a genius. The reason we cast him in "Anchorman" is I said I've never seen him not be funny. But recently he just kept making these dramatic turns," McKay said.

"I can't overstate the value of my Chicago experience. It's such a unique city in that sense there's so many theatres and there's such a great crowd to support it," McKay said.