WLS
By Eyewitness News
NEW YORK -- Fresh off winning Album and Best Female Hip Hop Artist of the Year at the BET Awards, Cardi B faced a Queens judge on Tuesday for upgraded charges stemming from a fight in a strip club last summer.

The rapper, whose real name is Belcalis Marlenis Almanzar, was arraigned on an 11-count indictment two charges of felony attempted assault.

Cardi B. and alleged co-defendants Tawana Jackson-Morel and Jeffrey Bush were previously charged with misdemeanor assault for allegedly throwing glass bottles at two bartenders inside a College Point strip club on August 28.

The Grammy Award winner allegedly ordered eight people, including Bush and Jackson-Morel, to assault the two women because of an accusation that they were having an affair with Cardi B's husband, Offset.

After turning down a no jail plea bargain earlier this year, Queens prosecutors put the case in front of a grand jury, which upgraded the top charges against Cardi B and the others to felonies.

They each face up to four years in prison if convicted on each attempted assault charge.

Cardi B is represented by Jeff Kern, while Jackson-Morel and Bush are represented by Stacey Richman, who entered not guilty pleas on their behalf.
Report a correction or typo
Related topics:
arts & entertainmentqueensnew york citycardi bassaultcourt
Copyright © 2020 WLS-TV. All Rights Reserved.
More Videos
From CNN Newsource affiliates
TOP STORIES 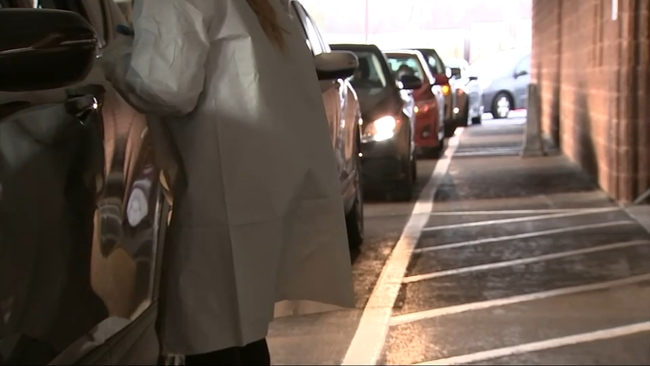