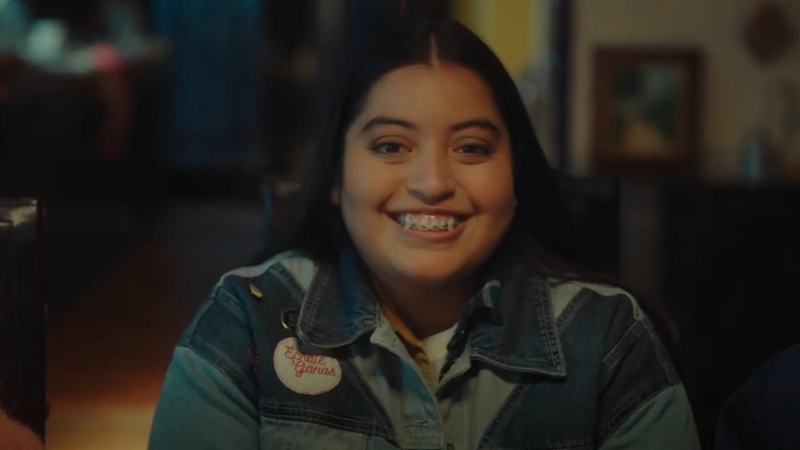 Ann Marie Pace is a young, Mexican American filmmaker, and part of the Disney Launchpad program to help diverse talent get their stories told.

She spoke with Hosea Sanders about her new, short film "Growing Fangs" -- a fantasy about a girl who's both human and vampire.

Hosea Sanders: "What a cool little film, what was your thought process going into this project?"

Ann Marie Pace, filmmaker: "It was important to me to tell a story that explored this idea that we belong to a lot of different identities, and obviously for Val it's being half-human and half-vampire. For me growing up, it was being Mexican American and bisexual and being in between these identities and not quite knowing where I belonged fully.

"Being part of multiple identities doesn't make you a fraction of those identities, it also makes you fully who you are.

"I remember the first day on set looking around; it was really profound how beautiful it was, how much diversity we had and realizing everyone had felt the message of the story, which was what it's like to be an outsider."

Sanders: "What do you hope people will discover from 'Growing Fangs?'"

Pace: "I hope that people take away after watching this that they are perfect just the way they are, and those elements that that they get told they have to be ashamed of or have to hide, those actually are their super powers because it really gives them a unique perspective that only they have, and makes them incredibly special."

Sanders: "How gratifying was it for you to be a part of this project?"

Pace: "I hope it helps other people in the community, not just the LGBT community but anyone who has felt that their voices haven't been heard, they haven't seen themselves enough on screen.

"It was life changing, I will always remember this time and experience and hold such a warm place for it in my heart."