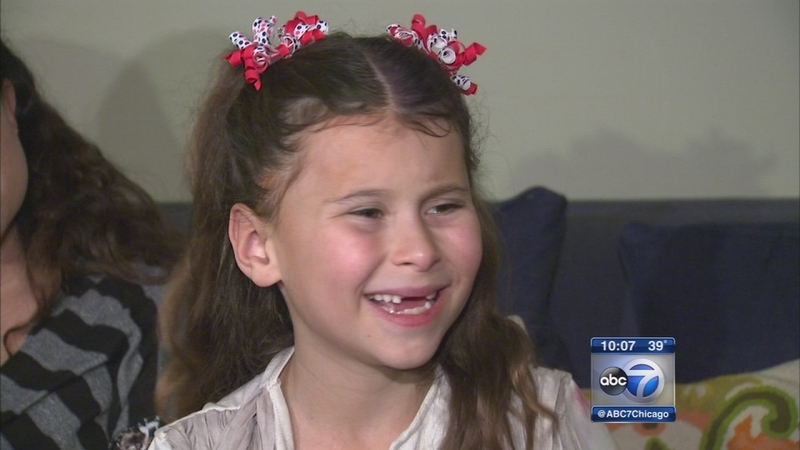 EVANSTON, Ill. (WLS) -- A suburban 8-year-old put pressure on a toymaker to modify its "Star Wars" version of Monopoly with her message that "girls matter!"

Like a lot of kids in Evanston, Annie Rose is a big "Star Wars: The Force Awakens" fan. But she was disappointed when she learned about the new Monopoly game based on the latest movie because there are no female characters. The game pieces are modeled on Darth Vader, Kylo Ren, Finn and Luke Skywalker.

Annie Rose wanted to know why all the game pieces were male characters, so she wrote a letter to Hasbro, the company that made the game.

Annie Rose couldn't understand why Rey - a main character in "The Force Awakens" - was omitted from the game.

"Why didn't you put in Rey that's kind of silly," Annie Rose wrote. "She's the hero of the story and without her there is no force awakens."

Annie Rose asked the toymaker how it could leave out Rey, pointing out that: "boys and girls need to see women can be as strong as men" and "girls matter."

"Annie Rose writing a letter about big issues is not at all out of character. The only thing that's unique here is this one seems to draw a lot of attention, but she quickly takes to pen and paper to try and make a difference," her mother Carrie said.

Annie's mother posted the letter on Twitter and Hasbro responded by saying it left Rey out to avoid any spoilers. So they tried again.

"Then they gave us the answer I was looking for," Annie Rose said. "They told us Rey will be coming in soon."

Hasbro says it will add the new Rey figure this year.

The family was invited to visit the set of "Episode 7" after producers had learned that Annie Rose's older sister was bullied and discussed the lesson of women's equality.

You might think she would like to be a lawyer when she grows up, but she has several career interests including becoming a paleontologist or scientist.