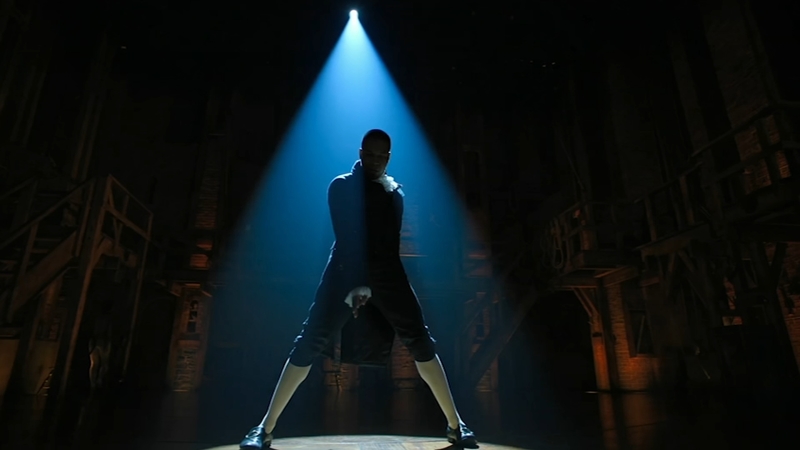 'Hamilton' on Disney Plus: Artists behind Broadway musical talk recreating production for film

The filmed production of "Hamilton" is getting rave reviews from fans and critics, and it just started streaming on Disney+.

The artists who set the phenomenon to music and created the high-octane motion talked to ABC7 about bringing the production to Disney's streaming service.

"When I choose a piece of stage, I ask the audience to fill in the blanks with their own personal experiences and their own imagination, they finish the sentence," Blankenbuehler said. "In compliment to the cast, they're stunning performers and very honest performers so when this camera can get a little closer to them, you actually can see a sense of humanity that when you're thirty rows back in a theater in Chicago you can't experience the same way."

He said that "Hamilton" continues to find relevance because "your point of view changes as your life changes."

"So when the show continues to come back to you in the middle of some injustice issues we're dealing with now, if you have a child and you're now a parent, you see the show through different eyes," Blankenbuehler said.

Hamilton on Disney Plus: How, when to watch the Hamilfilm and other things to know

Disney originally planned on releasing "Hamilton" in theaters, but switched to streaming due to the COVID-19 pandemic.