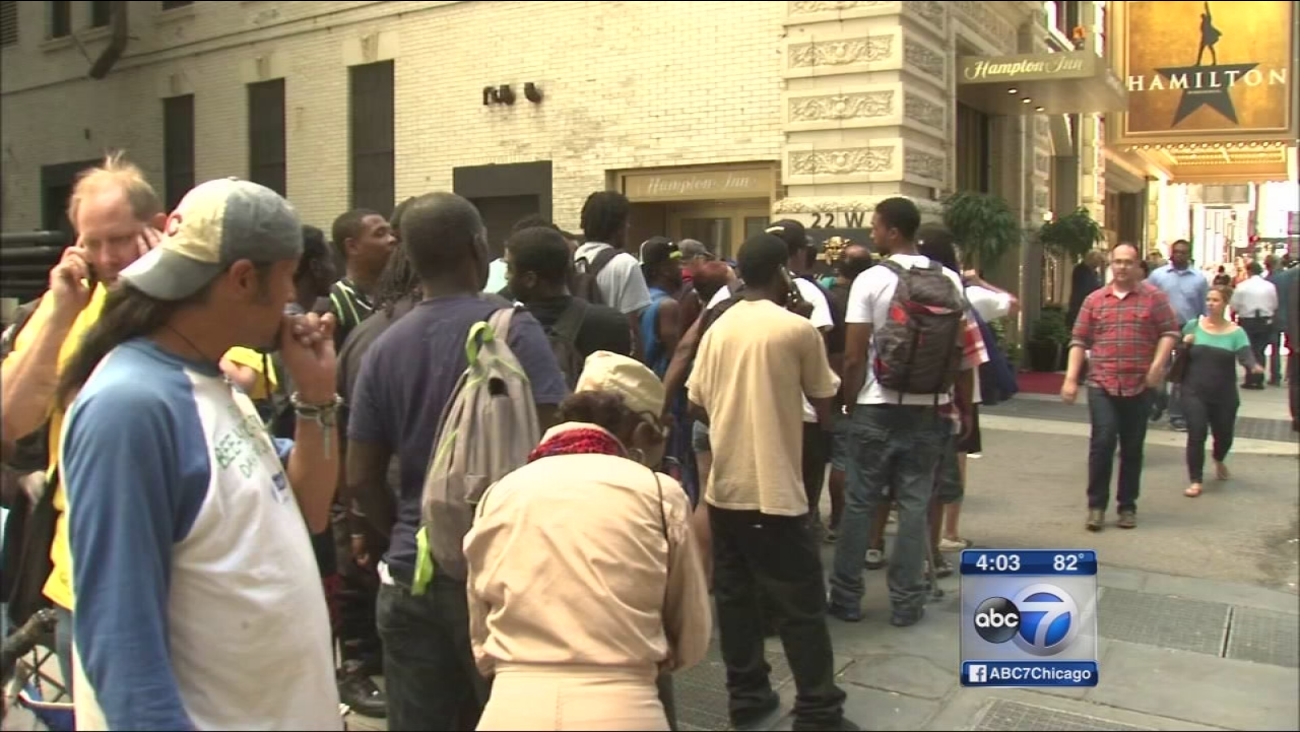 Thousands waited in line in Chicago's Loop Tuesday morning for a chance to buy tickets to "Hamilton: An American Musical". (WLS) 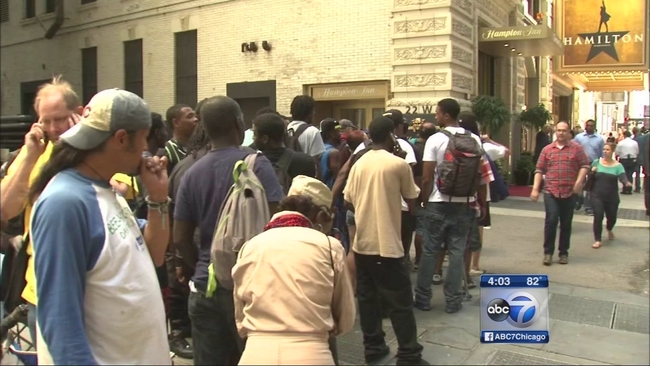 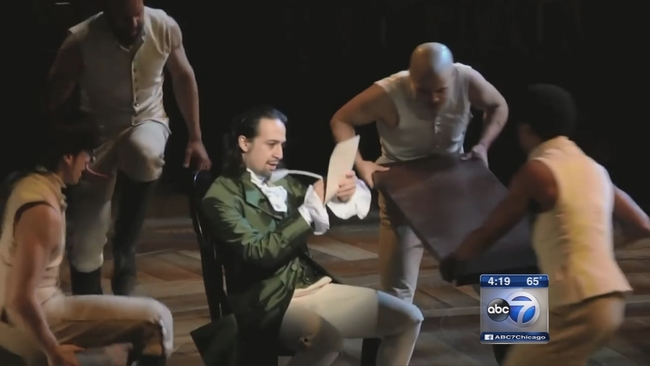