WABC
By Eyewitness News
NEW YORK -- A judge issued orders of protection against Rapper Cardi B Friday in connection with an alleged assault at a Queens strip club.

She had been requested to appear on Monday, but had sent her lawyers instead. The judge insisted she show up Friday or face possible arrest. Cardi B. avoided that by showing up.

The 26-year-old is accused of throwing bottles and chairs at two bartenders at Angels Strip Club in Flushing back in August.
At least 10 people are said to have been involved in the chaos.

It happened just weeks after Cardi B was involved in a dispute with fellow rapper Nicki Minaj at a New York Fashion Week party.

Her lawyer has said she didn't harm anyone.

Cardi B was released on her own recognizance. Her next court date is Jan 31st.

The Queens District Attorney's office asked for $2,500 bail, but the judge released her with no bail, noting she was not a flight risk.

Cardi B received a stern warning not to have contact with her victims, Baddie Gi and Jade. Both women received orders of protection.

The judge told Cardi B "no contact" includes no threats or comments on social media.

The rapper is also in town for the Z100 Jingle Ball concert at Madison Square Garden later Friday evening.

Cardi B's "I Like It," featuring Bad Bunny and J Balvin, is among the nominees announced on Friday for the 2019 Grammy Awards' record of the year. She scored a total of five nominations. Cardi B announces split from Offset months after giving birth 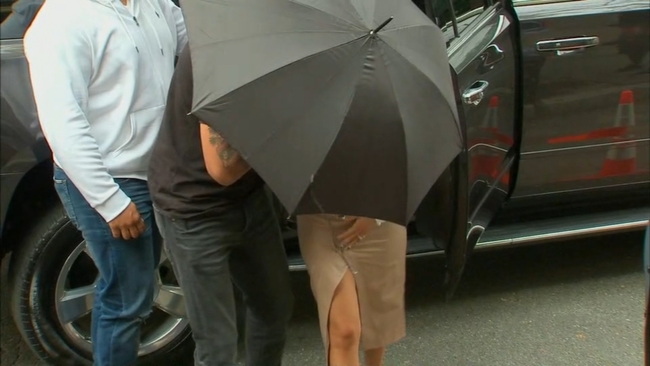