'New Regal' aiming to bring stars back to landmark theater 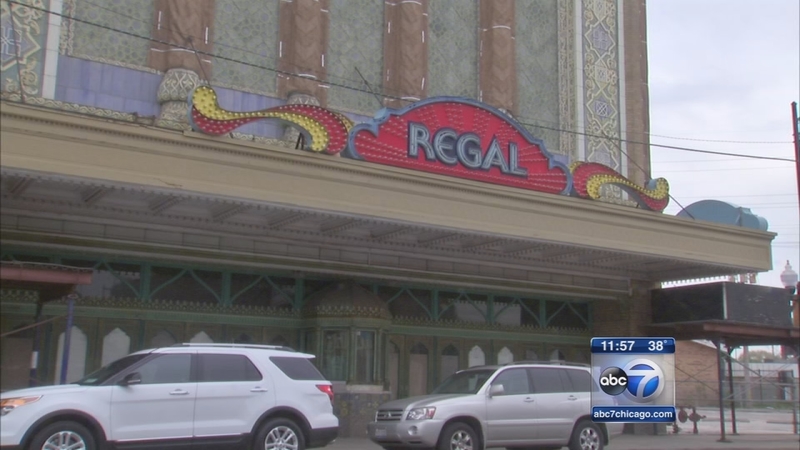 'New Regal' aiming to bring stars back to landmark theater

CHICAGO (WLS) -- It was once the crown jewel of the city's South Side. Since then, the New Regal Theater has fallen into disrepair and closed its door.

A new owner is now trying to restore the landmark theatre and bring the stars and lights back to the South Shore neighborhood.

Ed Gardner remembers the glory days. The founder of Soft Sheen hair products purchased the Avalon Theater in 1985. He restored it and renamed it the New Regal Theatre.

"You could see so much beauty in the theatre at that time and we wanted to be the ones to bring it back to the way it was when we used to go there many, many years ago," he said.

Daughter Terri Gardner says their family spent millions. It was their way of giving back.

"At that time in 1987, we were coming out of yet another recession," she said. "In the African American community, when there's a recession for everybody else, it's a depression for us. There really wasn't a way to really express a lot of the creativity and the cultural acumen of our community. As a central point, it just didn't exist anymore like it did in the earlier days of Chicago. What I saw was an opportunity for the community to be able to say, 'Okay, we have somewhere that's nice for us to go.'"

The theater has changed ownership over the years and recently faced foreclosure. Listed for sale at just $100,000 last year, it now has a new owner.

"I grew up eight blocks away from the theatre so when my mother told me that it was on sale," owner Jerald Gary said. "I said, 'I absolutely have to do my due diligence on this and see if I could get involved.'"

Like Gardner, Gary dreams of bringing back the old grandeur. The 29-year-old owner of a real estate investment firm is trying to raise $5 million to repair structural damage, missing terra cotta and other issues.

"It'll be the original design that was on the facade just restored, but we are using original terra cotta most likely for that restoration. The interior is not as bad as it would be," Gary said.

Gary expects the New Regal Theatre will again become the pride of the South Side.

"I hope that the Regal can become a place for all things cultural and artistic in the community," he said. "We'll be looking at doing live performances in here, but outside of that, there's some daytime programming for the youth as well as some training programs that we think will be beneficial not just to the community but to the city in general."

You can see the New Regal Theatre for yourself this weekend. The theater will be open from 9 a.m. to 5 p.m. Sunday for free tours as part of the Chicago Architecture Foundation's "Open House Chicago."