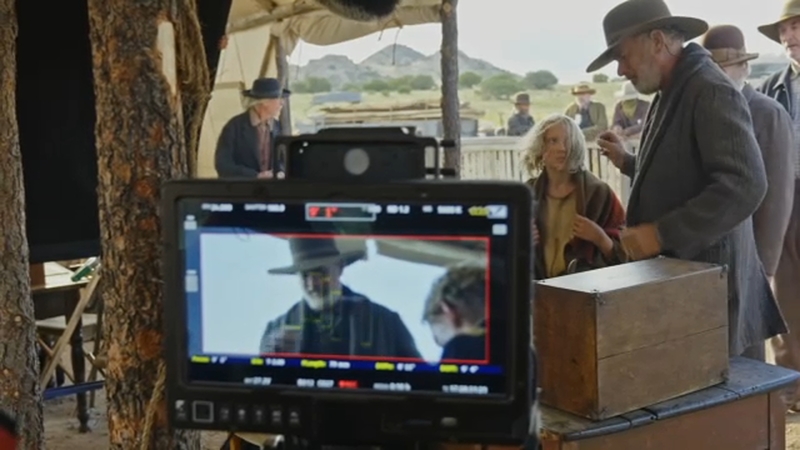 "News of the World" streams on Friday, and it's getting rave reviews.

It features a 12-year-old actress who's so talented she's a scene-stealer, even with Tom Hanks as her costar!

Helena Zengel spoke to ABC 7 about her breakout role.

Zengel plays a little girl who was kidnapped by Native Americans and raised as their own.

After the adopted parents die, Hanks; character "Captain Kid" finds her in the woods, and vows to take her to the only real family she has left.

Since Zengel is German, just like her character, she said she didn't know who Hanks was.

"I didn't know he existed and I did not know that he was that big deal, but when I started knowing and research the role and getting to know my lines, I started to know him," she said. "Ahh that guy, so yeah!"

She said she never told him that she didn't know who he was.

A lot of this film, Tom Hanks has Zengel by the back of her clothing so her character won't run away.

"Well, you know, sometimes a little wearied, always having somebody grabbing you at the neck, and pulling you around," Zengel said, "but I did know the way so I could follow him, so I wouldn't feel it. And always he was really soft, so it was all good."

Zengel's character is also in many action scenes throughout the movie.