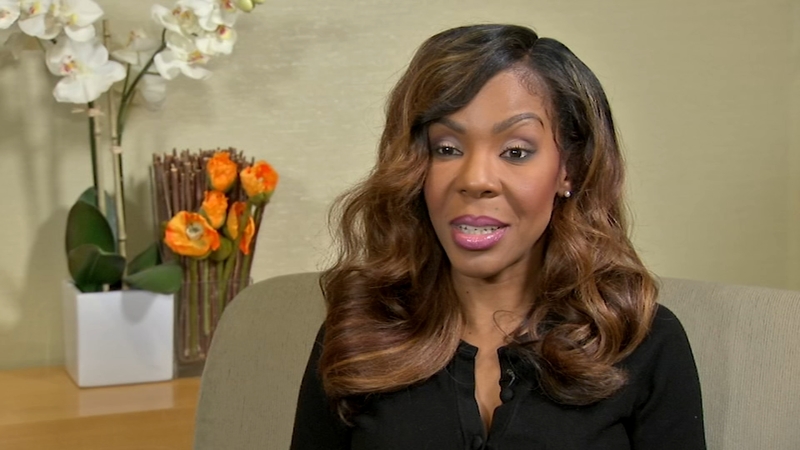 CHICAGO (WLS) -- Drea Kelly seemed to have it all; a glamorous career as a choreographer and a family with R&B super star R. Kelly.

She returned home to Chicago to come out of the shadows and share the reality of her time with the award-winning musician, telling her story of abuse and survival in hopes of protecting other women.

R. Kelly is known as a musical prodigy from the South Side of Chicago. His singing talents earned him Grammys and chart-topping albums.

Robert "R." Kelly, was nicknamed the "pied piper of love." In 1996, he serenaded Andrea Lee, his principal back up dancer. They met on an audition two years prior.

"They always say behind every good man is a good woman," she said.

Together they had three children and were living what outwardly looked like a dream. But Drea said their marriage was more like a nightmare.

"What was supposed to be my big beautiful mansion became my prison," she said in a new documentary.

In that documentary, the choreographer opens up about the breakdown of her relationship with Kelly.

"I don't think people understand," she said. "You're going through emotional, financial, sometimes sexual before it gets to the physical abuse, so I think it was a breakdown of my self esteem."

She said it soon escalated to more aggressive physical abuse.

"The next thing I know, or before I could even prepare -- wham! First time he ever hit me dead in my face," she said.

Drea Kelly said their relationship continued to deteriorate, prompting her to consider suicide on a hotel balcony in Miami, Florida.

"I actually went to the balcony and tried to jump off because I felt like being dead would be better than being with him another day," she said.

Now, she's come home to Chicago in hopes of turning her pain into purpose.

Drea shared her message with domestic violence survivors at a shelter for homeless women and families in Englewood. That's where she said she first witnessed violence by her grandfather.

"I felt helpless to save my grandmother because at 6 years old I couldn't save her," she told the survivors.

That's why she's focusing on women she knows she can help.

A survivor and a fiercely protective mother, Drea said concerns for the well-being of her children kept her from speaking out sooner.

"My children can handle it now, it's very sensitive subject," she said.

She said her children, who are now 16, 18 and 20, are her source for strength and great inspiration.

"They are resilient, they're amazing, they just make me smile and it makes me emotional because I have the best kids," she said.

It's that love and dedication for the next generation that inspired her to share her story on college campuses.

"I know my life almost ended on that balcony in Miami, I'm so grateful for every day. My purpose is the power for the powerless and for the paralyzed and the voice for the voiceless," she said.

ABC7 Eyewitness News spoke with the longtime business manager for R. Kelly and he disputed Drea's claims and allegations. He said the singer has never been arrested for domestic violence and feels hurt and betrayed by her comments.
Report a correction or typo
Related topics:
arts & entertainmentchicagoenglewoodcelebrityabusemoviesingingdomestic violence
Copyright © 2021 WLS-TV. All Rights Reserved.
More Videos
From CNN Newsource affiliates
TOP STORIES