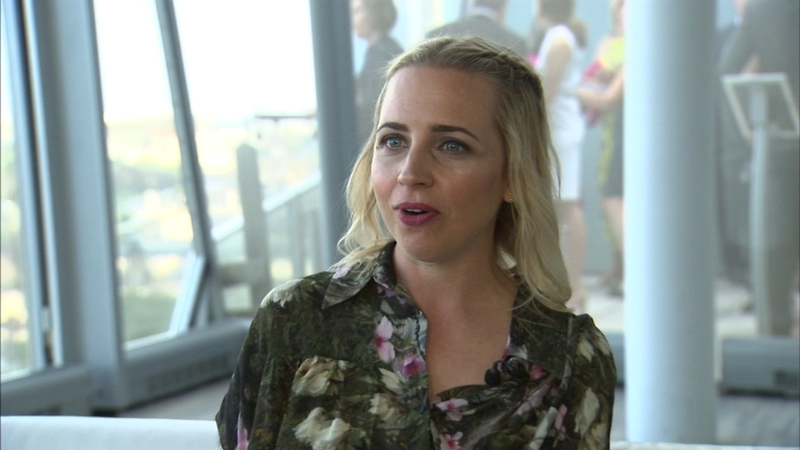 EVANSTON, Ill. (WLS) -- "Roseanne" is back on ABC with an episode called "Go Cubs!" Lecy Goranson, who plays Becky, got her part on the show while just a teenager in Evanston rooting for the team.

Goranson loves coming home, especially when it's to benefit the place where she first started acting. She helped host the Piven Theatre Workshop gala last weekend at Venue SIX 10. Goranson was 9 and taking ballet just down the hall from Piven in Evanston.

"I used to kind of run in my ballet slippers and peek in there, and it was a lot more Bohemian vibe than my dance world," Goranson said. "Once I started doing the work there, I just felt totally ignited."

Byrne & Joyce Piven founded the acclaimed school and theatre. They taught Goranson well. She landed the role of Becky on Roseanne and held her own with veteran Chicago trained actors like Laurie Metcalf.

"Everyone knows that I'm a kid from Chicago, so my value system is not really the same as if I was born in Hollywood and kind of going for that carrot," Goranson said.

"Ok, so my mom took me to a play about a woman who kills her children. What am I supposed to think about that?" Goranson said.

"I thought it would intimidate her, but no," her mother, Linda Goranson, said.

As the "original" Becky, Goranson was thrilled to join the second coming of Roseanne.

"Our show goes deep and I feel like that's what people really want in art," Goranson said.

The relaunch is a success, but most of Goranson's career hasn't been next to her TV mom.

"This is a really hard life, but the thing is how many people can say that they really really love what they do?" Goranson said.