WLS
By Janet Davies
CHICAGO (WLS) -- "We did not make up the term Chi-Raq. That wasn't us. That was your fellow, local rappers," filmmaker Spike Lee said Monday in Chicago, the day after his movie premiered here.

Lee and the cast of "Chi-Raq" appeared at the Waldorf Astoria. The first reviews of the film are mixed. Some critic didn't find the satire and lyrical script consistently effective, but most agree "Chi-Raq" is the director's most powerful movie in years.

"This movie hired great, local, Chicago actors," actor John Cusack said. "It was the first film that had an open casting audition for the people of St. Sabina."

"I personally thought it was incredibly silly that we had politicians criticizing Spike Lee coming to town to make a movie. This guy is a one man African American jobs program. He got more jobs for African Americans on the south side than any alderman I know," actor D.B. Sweeney said.

After Monday's news conference Spike gave out soundtracks to the film.

Chicago's Jennifer Hudson was at the debut Sunday night. She gives a heart breaking performance, maybe the best in the film.

"That's one of the things my mother also taught us: you take care of home first and Chicago is my home and so somebody has to be the voice of our city, hopefully, for change," Hudson said.

"Chi-Raq" opens in Chicago on December 4. 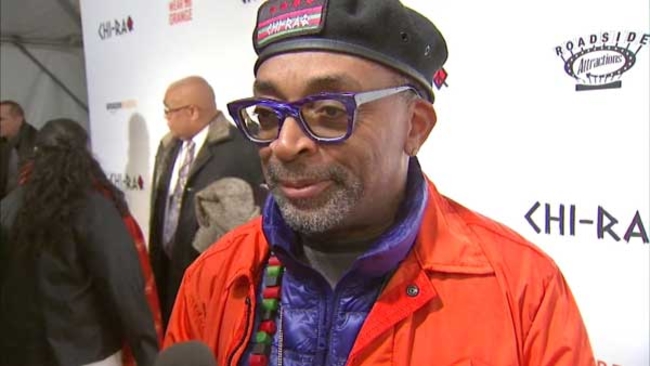