'Welcome to Marwen,' starring Steve Carrell, is a story of imagination and trauma 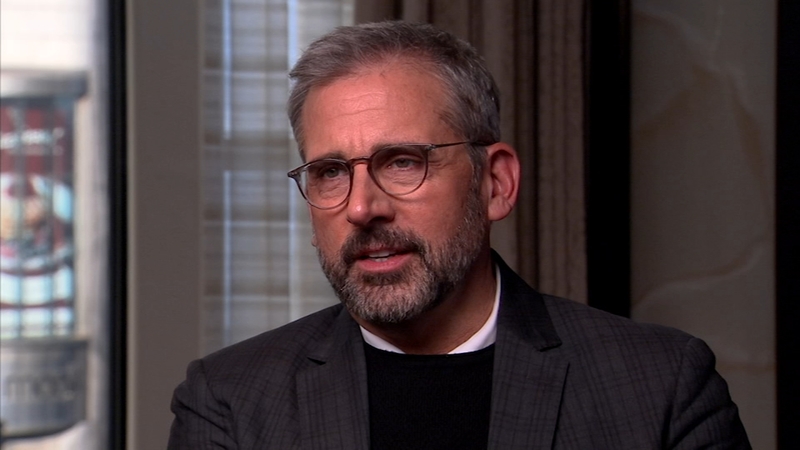 'Welcome to Marwen,' starring Steve Carrell, is a story of imagination and trauma

CHICAGO (WLS) -- "Welcome to Marwen" is a new movie based on the true story of a man who uses his imagination to overcome a tragic event in his life. It stars Steve Carell, who launched his career at Second City, and it's directed by Chicago native Robert Zemeckis.

Carell plays an artist is brutally beaten by thugs. He barely survives, and loses his precious memories.

His creative spirit inspires him to build Marwen, a fantasy village where he's the hero.

"Now, is this the first time you've done motion capture," ABC7's Janet Davies asked Carrell. "What did that feel like for you?"

"I'm a natural, it's what I was born to do! Motion capture, it's different, everything's in your imagination, there are no props or sets or anything, you're wearing a very unflattering suit and running around in empty space it was fun," he said.

The film is based on what happened to Mark Hogancamp.

"I thought his story was incredibly powerful and extremely hopeful, and I though he was extremely heroic in the way he was able to create his own therapy to heal himself and work his way through this trauma that happened to him," said Zemeckis.

The plot puts Carell in some cross-dressing scenes.

"First day in heels, how were you afterwards?" Davies asked.

"How was your first day in heels?" Carrell responded.

"See! I practiced for two months before we started shooting, I started with the three inch wedges all the way to six inch stilettos, it's... Just to walk in them is one thing, but to look like you're comfortable in this is completely different," Carrell said.