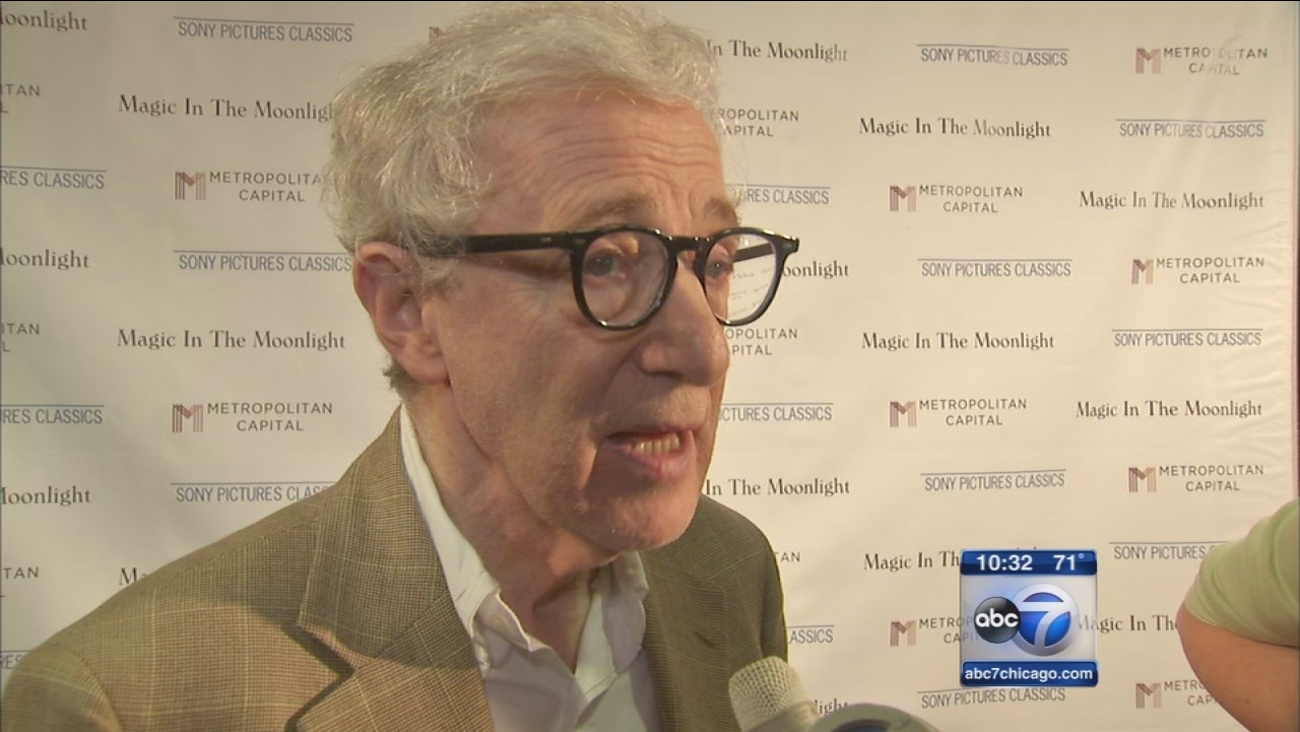 Woody Allen on a Chicago red carpet is a rare sight. (WLS)

WLS
By Janet Davies
CHICAGO (WLS) -- You don't see Woody Allen making many public appearances, but Saturday night he talked about his new movie, "Magic in the Moonlight," before a private screening in Chicago.

Woody Allen on a Chicago red carpet is a rare sight. The 78-year-old director was in town with a showing of his fourth movie in three years, a romantic comedy about magic and mysticism, a subject that has always fascinated him.

"When I was a kid I was always interested in magic," Allen said. "I practiced magic, I did magic tricks. There's something about it, all those Chinese boxes and red silk handkerchiefs and billiard balls, and cards and wands, that always held my interest.

The film stars Colin Firth as a magician and Emma Stone the psychic he wants to expose. As always, Allen has A-list actors line up to act for him.

"The good actors are so starved for parts that they can play that are not infantile and that are not special effects, but where they can act," he said.

So why would a New Yorker like Allen be here in Chicago? It's all about the money.

Metropolitan Capital's Wealth Consulting Group collaborated with Ron Chez in his financing role as Executive Producer for Magic in the Moonlight.

"Woody Allen's track record, I mean it's difficult to match, not only in terms of the volume, but also the consistency in terms of success," said Michael Rose, CEO, Metropolitan Capital Bancorp.

So how about a Woody Allen film about and shot in Chicago?

"I'd probably do Chicago in the '20s because I like those past years, they always look so pretty on film and Chicago happens to be a city that in the '20s was so electrifying, so alive and vital and exciting," Allen said.

But the excitement waits for "Magic in the Moonlight," which opens Friday.