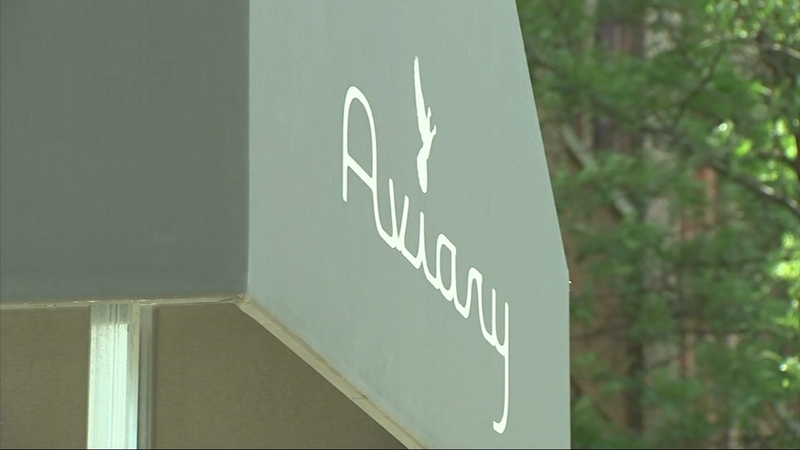 CHICAGO (WLS) -- President Donald Trump's son Eric Trump said the U.S. Secret Service took an employee of the Aviary, a cocktail lounge in the Fulton Market neighborhood, into custody after she allegedly spit on him.

Trump appears to have arrived in Chicago Tuesday for a visit to Trump Tower, tweeting, "Always love visiting Trump Chicago. It's one of the most beautiful hotels in the world."

Neither Chicago police, who responded to the cocktail bar Tuesday night, nor the Secret Service have commented on what happened.

Chicago police spokesman Anthony Guglielmi said on Twitter that officers assisted the Secret Service with a "law enforcement matter" and deferred inquiries to the agency.

CPD was on scene and assisting the United States Secret Service with a law enforcement matter. Any and all inquiries regarding a federal protectee must be directed to the Secret Service. https://t.co/ecq5TaMiQ0

But an official with the Trump Organization said the woman who allegedly spit on Trump was immediately handcuffed and detained. She was let go when Trump decided not to press charges.

A statement released by the Alinea Group condemned the employee's alleged actions, but also the public's reaction to them on both ends of the spectrum. Yelp has temporarily halted the ability to post reviews for the Aviary as a result of angry one-star reviews and threats aimed against them.

"So too, however, are those people wrong who are praising this as an act of civil disobedience," the statement said. "We have voices and the means to be heard. A degrading act lowers the tenor of the debate. To some it might feel good, but it is unlikely to serve any larger purpose."

The statement also said the employee's alleged actions were not witnessed by management but are being investigated, and that she has been placed on leave for the duration of the investigation.

Eric Trump told Breitbart News in a telephone interview that it was "purely a disgusting act by somebody who clearly has emotional problems."