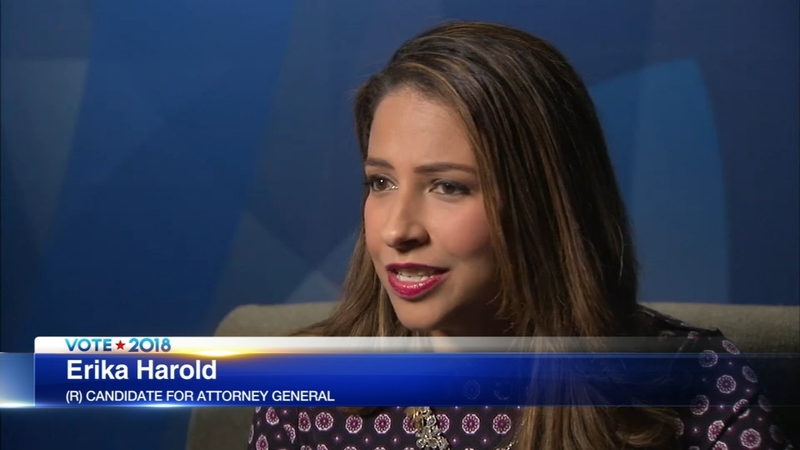 CHICAGO (WLS) -- The first salvo has been fired in the race for Illinois attorney general.

Republican Erika Harold is out with the first ad of this campaign, attacking Democrat Kwame Raoul with a very familiar Republican theme, linking him to House Speaker Mike Madigan.

The ad begins with Harold on camera saying "In Illinois, politicians have turned corruption into an art form," she then proceeds to tie Raoul to House Speaker Mike Madigan.

"Mike Madigan and Kwame Raoul team up to raise property taxes..." Harold says in the ad, taking a page right out of Governor Rauner's political playbook. Rauner recently pumped $1 million into Harold's campaign, and has repeatedly attacked JB Pritzker with connections to Madigan.

"The key distinction is I'm willing to stand up and speak truth to power and he's been in Springfield for the past fourteen years and has been unwilling to take on systems like property tax reform and to stand up for people and advocate for their interest," Harold said defending her ad's attacks on Raoul.

"Well I think it's a distraction," Raoul said of the ad, "It's interesting her new ad focuses on negative instead of introducing herself to voters."

Raoul said his campaign will be out with their own ad soon, focusing on issues such as protecting children from online predators, protecting access to health care and in particular a woman's right to choose. He also plans ads to address what he calls Harold's extreme views.