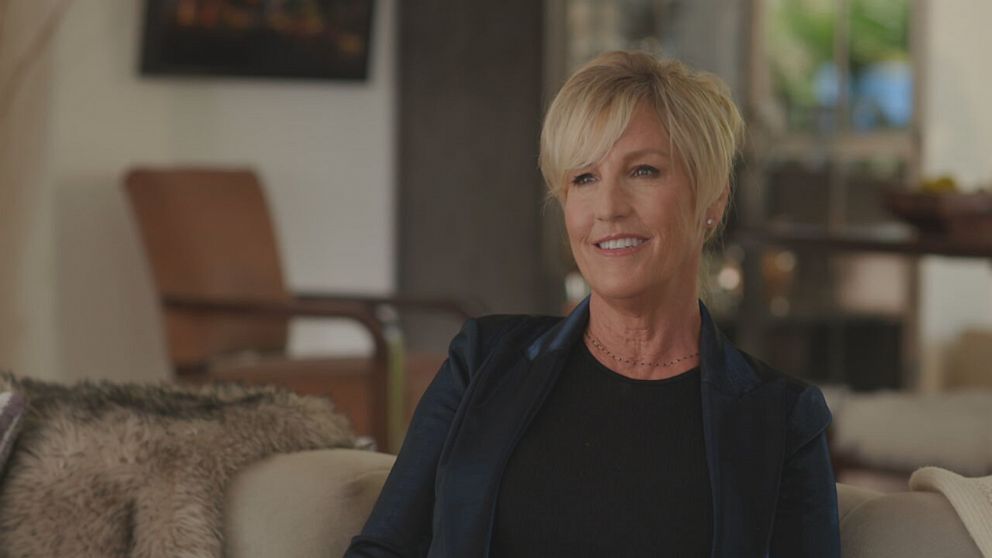 Despite inspiring an Oscar-winning movie, the story of Hinkley, California, did not have the Hollywood ending viewers may have expected. Hinkley's story shot Erin Brockovich to stardom and she has continued to crusade for access to safe water.

Hinkley is a small southern California community in the Mojave Desert. Since the 1950s, utility company Pacific Gas & Electric has operated a natural gas pumping station. Until 1966, the company used a chemical called chromium 6 to prevent rust. The toxic chemical eventually seeped into Hinkley's water supply.

In 1993, Erin Brockovich -- a divorced, unemployed single mother -- became a activist for clean water after she spoke out against PG&E.

"Everywhere I was going in this little community, somebody had asthma, a complaint of a chronic cough, recurring bronchitis, recurring rashes, unusual joint aches, nosebleeds," Brockovich told "20/20" in a new interview. "It didn't make sense, and so the more I ask questions ... the more I started to piece the puzzle together."

Brockovich became instrumental in building a case against PG&E, alleging the company contaminated the town's drinking water. In 1996, the case was settled for $333 million -- the largest ever paid in a direct-action lawsuit at the time.

In 2001, Julia Roberts won an Oscar for best actress for her portrayal of the relentless and determined Brockovich. The film ended with the historic settlement.

"We're still talking about this, and that movie came out 21 years ago. And it was almost before its time because it was about environmental pollution that we are in the throes of today," Brockovich.

For the residents of Hinkley, the story continues. Almost three decades after the lawsuit, Brockovich revisited the neighborhood and met with residents who say they are still suffering the effects of the contamination.

Former Hinkley resident Roberta Walker had lived in the town for over 50 years. She and her husband moved into their first home in Hinkley together in 1976 and stayed until 1992.

"Hinkley was awesome," said Walker. "It was peaceful, it was friendly. ... It was a little country town."

"When we moved there, this was going to be our home for the rest of our lives, and we were going to bring up our children, our family, here," she added.

"I can remember at a very early age, both my daughters used to have severe nosebleeds. I mean, it was just continuous," Walker said. "The doctors would always say that it's a dry climate."

Health concerns only grew from there.

After years of exposure to chromium 6, she has had five stomach surgeries and three breast surgeries. Both of her daughters have had hysterectomies and fibromyalgia, and her husband was diagnosed with prostate cancer. And they all have asthma. She believes the illness comes from the contaminated water.

The character inspired by Walker in the film, Donna Jensen, played by Marg Helgenberger, was awarded $5 million. But Walker said she received far less.

"I didn't even receive a fraction of that," Walker explained. It made it look like we won and we really didn't. ... The money did not fix the problem for me. Not at all."

In the early 1990s, Walker said she had become suspicious when PG&E began delivering bottled water to her family and neighbors. She said at first a PG&E representative had told her family that there was only the much-less-toxic chromium 3 in their water, but Walker said when she later called the company an employee told her it was actually chromium 6 in their water.

"I went to the local library. I checked out a book on chromium 3, and to my surprise I found out that there's two types of chromium," said Walker. "I read what chromium 6 was, that it was carcinogenic, cancer causing, and it just went on and on and on about poison."

Walker and her family were tested for chromium 6, a process she said was "excruciating."

"After we received our results back, we all had chromium 6 in our DNA -- that was pretty devastating," said Walker. "The process of getting checked was excruciating. They had to scrape our gums, and of course, because we were known to have nosebleeds, anyway, my daughter's gums wouldn't stop bleeding for days."

In 1993, Walker's home was bought by PG&E and bulldozed. She said her family used the money from the sale to relocate to a new home, 6 miles away from the PG&E compressor plant, a location they believed was a safe enough distance away.

"They had said the plume was just a mile and a half radius from the station," said Walker. "About 10 years ago, I got some information that the plume is growing. I thought, 'Oh, crap.'"

PG&E would buy this house from the Walkers, too. The family then moved out of Hinkley for good.

"This was our dream house. It was just all green and beautiful and everything is just dry and gone," said Walker, as she showed the property to ABC News alongside Brockovich. "My dream house is gone."

Brockovich added, "Everything's boarded. It's a ghost town. That's a good way to end a community in America and poison it and its people."

Despite most residents' departures, there are 300 to 400 residents who have decided to stay. One of them is Penny Harper.

"I am surrounded on three sides with open desert as far as I can see," said Harper. "I have an 80-mile vista on a clear day. I love it here."

Harper said she bought 10 acres in Hinkley in 1974. She has lived on her land, now with her rescue dog Mars, who had drank the well water for years but has since switched to purified water.

Though she says there is only a small of chromium 6 in her well water, she suspects her dog's tumor came from the toxin in the water. Still, and believes she's safe as long as she doesn't breathe in the water from air conditioners.

"My best guess is that the dog's tumor did come from the well water -- the chromium 6," she said. "But this well also has arsenic and uranium, and PG&E is not responsible for that."

She also said that residents' sales of property in Hinkley were "totally voluntary, but there were a lot of people who were really scared."

"There was no pressure that I was aware of PG&E pressuring people to sell their homes at all" Harper said.

She added that even though there are trace amounts of chromium 6 in her water, there are other toxins everywhere.

"I'm adaptable, I'm resilient, I'm very much rooted here. ... I plan to spend the rest of my life here," said Harper. "And if I moved back to L.A., there's a toxin to deal with. There's toxins everywhere. It's pretty much a polluted planet."

Since the 1996 settlement, PG&E has been working to contain and clean up the tainted groundwater. One method includes converting the chromium 6 tainted water into less toxic chromium 3 water, which involves injecting small amounts of ethanol into groundwater.

Independent consultant Raudel Sanchez is in charge of monitoring the cleanup efforts on behalf of Hinkley residents. PG&E funds Sanchez and his group as part of the settlement.

Cleaning up contaminated water is a long process, he said.

"It ranges between maybe something like 30 to 40, 50 years. So groundwater cleanups, they take a really long time to do," Sanchez said.

Although PG&E declined to be interviewed by ABC News for this story, it offered a statement that read, in part:

"PG&E has made significant progress in cleaning up the highest concentrations of chromium 6 in groundwater. The remedy has removed more than 70% of the estimated release. We are committed to doing what's right for the Hinkley community, and we will be here until we finish the job."

Brockovich said that, unfortunately, Hinkley's story is not an isolated incident. Other towns like Flint, Michigan, also have been fighting for clean water. The Flint crisis began in 2014 when the city began taking water from the Flint River -- without proper treatment, the water became contaminated with lead from the pipes in old buildings. Residents complained and raised health concerns, like reported rashes and hair loss, but the issue wasn't fully recognized by the state until 2015.

In August 2020 the state of Michigan agreed to pay victims of the crisis $600 million.

In 2005, Brockovich started her own consulting company to help other communities stand up for their safety.

"Hinkleys are happening everywhere, all the time," Brockovich said. "Will we be the people who can care enough about each of these communities to take action?"

Read PG&E's statement to ABC News in full:At Pacific Gas and Electric Company (PG&E) the safety of our customers, communities and employees is our most important responsibility. We have taken many actions in support of our commitment to cleanup groundwater contamination stemming from the use of chromium 6 at our natural gas compressor station in Hinkley in the 1950s and 1960s. As part of a long-term remedial process, PG&E evaluated numerous cleanup technologies to determine the best approach. Our solution, which has been approved by regulators, utilizes treatment-in-place systems in areas that have the highest levels of chromium, one of the largest in-place barrier treatment system for metals in the world, and an innovative and sustainable remediation method that treats lower levels of chromium by growing alfalfa and other fodder crops.

PG&E has made significant progress in cleaning up the highest concentrations of chromium 6 in groundwater. The remedy has removed more than 5,600 pounds of chromium 6 from ground water to date, representing more than 70% of the estimated release. By partnering with local farmers, PG&E's agricultural operations boost the local economy, preserve farmland, support California's climate change goals and foster working relationships toward shared community goals. To facilitate this work and in response to property owners' requests, PG&E has purchased properties and undeveloped land in Hinkley. As we responsibly manage our cleanup, PG&E is working with community stakeholders to help plan for Hinkley's future. We are committed to doing what's right for the Hinkley community, and we will be here until we finish the job.