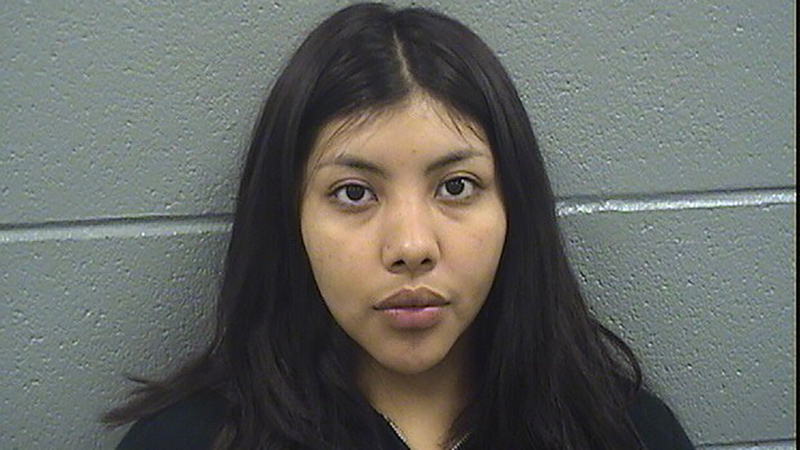 On Friday, Alicia Gines slipped out of her handcuffs at the Leighton Criminal Courthouse in Chicago's Little Village neighborhood.

Gines was apprehended without incident at about 7 p.m. near Harlem and West Archer avenues, police said.

Police are on the lookout for Alicia Gines after she slipped out of her handcuffs and escaped the courthouse Friday.

Gines was arrested last week on an outstanding warrant stemming from a 2017 robbery charge. She was placed on the Cook County electronic monitoring program on Oct. 2, 2017.

While in custody, she appeared at the Cook County courthouse and got out of her handcuffs to escape at about 10:40 a.m.

"The investigation into the circumstances that existed at the time this defendant fled the courthouse is ongoing," the sheriff's office said in a statement.

No further details, including whether she will face additional charges, were released Sunday night.
Report a correction or typo
Related topics:
chicagolittle villagesummitarrestcourtrobbery
Copyright © 2021 WLS-TV. All Rights Reserved.
RELATED