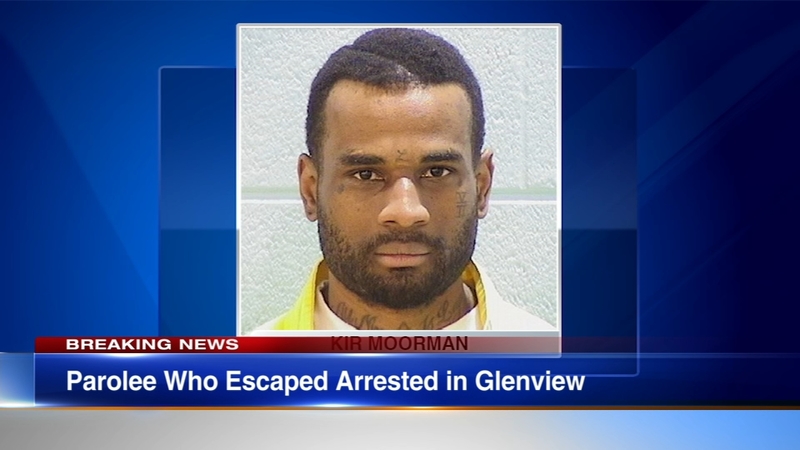 CHICAGO (WLS) -- A parolee who escaped custody in Chicago's South Shore neighborhood has been taken into custody in north suburban Glenview, police said.

"The helicopters were over the house hovering. Then we saw cops all in the area," resident Donna Jones said.

Police said Moorman resisted a female officer who was taking him into custody and fled. Chicago police, assisted by the Illinois Department of Corrections, searched for most of the day before Moorman was found.