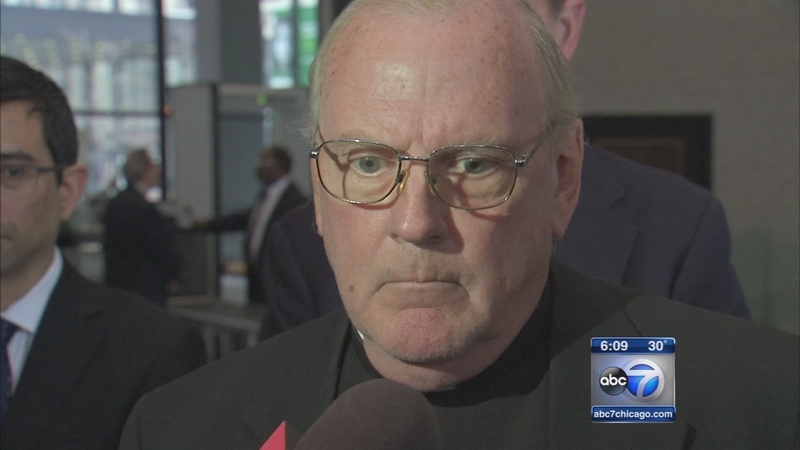 CHICAGO (WLS) -- Former prison chaplain Eugene Klein pleaded guilty Wednesday to conspiring to recover what he believed to be a Stradivarius violin hidden by the late Chicago mob boss Frank Calabrese Sr. He will be sentenced in June.

The unusual case started when Klein was giving holy communion to outfit murderer Calabrese, who was in solitary confinement at a federal prison in Missouri.

It wasn't the evening breeze - it was Frank "the breeze" who owned a rare violin once used by the Liberace family.

The 250-year-old Stradivarius had apparently been hidden by Calabrese in the mobster's Wisconsin summer home, decades before he was convicted of multiple gangland murders and sent away for life.

In 2011, as Calabrese languished in solitary confinement at the Springfield, Mo., penitentiary, federal authorities were in a hunt for his assets to satisfy more than $4 million in restitution.

Authorities say Calabrese wanted to make sure the government never got a hold of the violin he figured was worth more than $20 million.

So when Klein showed up to offer communion to Calabrese, the murderous mobster had something for the priest: lengthy instructions for Father Klein to retrieve the prized violin and sell it; instructions Klein followed.

"It was a mistake on his part. He has acknowledged that. He lost his job over it. It was an error in judgment but we don't believe it was a crime," said Thomas Durkin, Klein's attorney. "And the fact of the matter is nothing happened, that's the absurdity in this case. There's no violin."

Even though the plot fizzled and the violin never recovered, 66-year-old Klein pleaded guilty Wednesday and faces up to five years in prison for conspiring to defraud the US.

Before Calabrese died in 2012, authorities did find some of the hoodlum's hidden treasures - jewelry and cash stashed inside the walls of his Oak Brook, Ill. home.

"All for greed. Money was his God. He didn't care about anyone," said Kurt Calabrese, the mobster's son.

Father Klein learned that lesson Wednesday, his lawyer saying that it is proof no good deed goes unpunished. Klein's position is that he broke prison administrative rules, but not federal law, and he does still have one long shot hope. If his constitutional challenge of the charge is upheld by an appellate court, he could withdraw his guilty plea and might get a second shot at clearing his name.