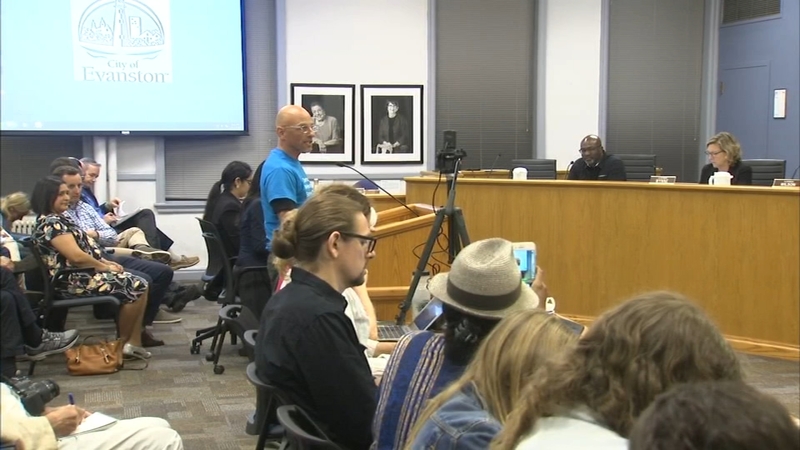 Some want to tear down the Harley Clarke mansion to restore dunes and landscaping on the property. But others are fighting the landmark's demolition.

The fate of the Harley Clarke mansion on Lake Michigan has been a point of contention in Evanston for several years.

For close to a century, the Harley Clarke mansion has been a fixture on Evanston's lakefront. After a local arts center moved out a few years ago, there has been much debate on what to do with the historic landmark.

"This house could be a lot of things and there have been some great ideas along the way that didn't work for various reasons. But I don't think that is reason to throw it out at this point," said Allie Harned with Save Harley Clarke.

Evanston resident Allie Harned has formed a new group called Save Harley Clarke. She has collected over 3,000 signatures to place a referendum on the November ballot to let voters decide on the mansion's fate. Harned's group is in direct response to another resident driven group that has offered to pay $400,000 dollars for demolition and related costs of the mansion.

"We actually think this is a very good faith gesture on the part of a number of people to help the city. The city is going through a very tight budget situation," said Jeff Coney with Lighthouse Dunes.

Jeff Coney's group Lighthouse Dunes has a plan to replace the mansion with dunes and landscaping. It would an extension of parkland from the lighthouse next door.

"This is very consistent with, we think, the master lakefront plan," said Coney.

But, some longtime residents say there is already enough green space surrounding Harley Clarke. They don't want to see this piece of Evanston architecture destroyed.

"I've been to a number of homes along the lake and I've really admired the access those individuals have. I think everyone in the community should have the opportunity to experience the lake from that perspective," said Evanston resident Charles Smith.

For years, the city of Evanston has been tossing around ideas of how to repurpose the mansion. It's been estimated that it would cost the city millions of dollars to renovate and maintain the mansion.