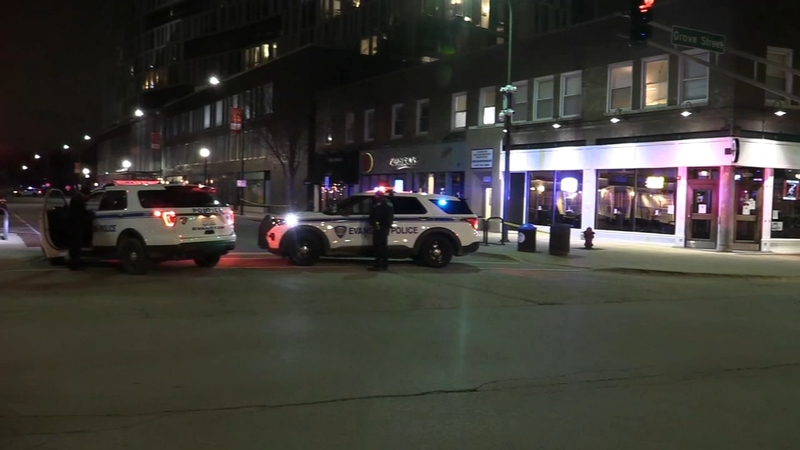 EVANSTON, Ill. (WLS) -- A 21-year-old Niles man was shot in downtown Evanston Tuesday night, according to police and fire officials.

Evanston police said officers responded about 11:30 p.m. to the 1500-block of Sherman Avenue for a person who had been shot.

When officers were on their way, the 21-year-old gunshot victim walked to the Evanston Police Department lobby.

He had been shot twice and was taken to Evanston Hospital, where he remains hospitalized with non-life threatening injuries, Evanston police said.

The man had had a verbal altercation with two suspects that led to him being shot by one of the suspects as he was exiting a vehicle, according to police.

The suspects then drove away.

"This was not a random attack. The offenders are not in custody but the investigation does not indicate there is a continued threat to the general public," Evanston police said.

A bullet hole appeared to be visible in an apartment building near Grove Street and Sherman Avenue, but it was unclear if it was related to the incident.

Anyone with information is asked to call the Evanston Police Detective Bureau at 847-866-5040 or Text-A-Tip to CRIME (274637) and then start your message with EPDTIP.