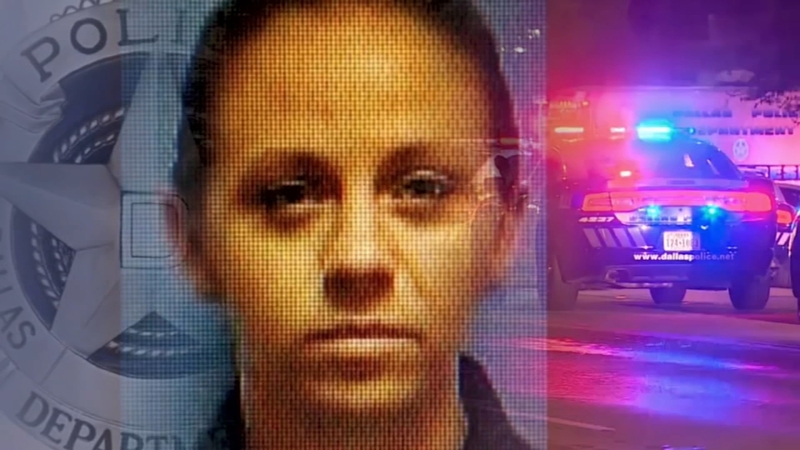 DALLAS, Texas -- The trial of a white former Dallas police officer who fatally shot an unarmed black man when she mistook his apartment for her own got underway Monday with a prosecutor telling a jury the officer fired first without making any effort to de-escalate the situation and a defense attorney countering that the exhausted officer made "innocent mistakes" that led her to fear for her life.

In a case that sparked days of protests in Dallas and calls for justice from the victim's family in the Caribbean, fired Dallas Police officer Amber Guyger, 31, is charged with murder stemming from the September 2018 fatal shooting of Botham "Bo" Jean at the South Side Flats apartment complex in Dallas.

But even before the trial began Monday, Guyger's defense team requested the judge to declare a mistrial, arguing Dallas County District Attorney John Creuzot violated a gag order by talking about the case in a TV interview aired Sunday night.

After reviewing the interview and polling the jurors in private on whether they saw Creuzot's interview on TV, Dallas County District Court Judge Tammy Kemp overruled the defense motion and ordered the trial to proceed. The judge also ordered the jury to be sequestered for the duration of the trial, which is expected to last up to two weeks.

The 911 call a Dallas police officer placed moments after police say she shot and killed an unarmed man in his own apartment has been released.

'A wonderful, decent man'
In his opening argument, Dallas County Assistant District Attorney Jason Hermus told the jurors that Jean, an accountant for the international auditing firm PricewaterhouseCoopers, was "a wonderful, decent man" and showed the jury a large photo of a smiling Jean posing while dressed in a sweater.

"On Sept. 6, 2018, Bo was 26 years old, and he was sitting inside of his apartment, the sanctuary of his own home at the South Side Flats. He was doing no harm to anybody, which was his way," Hermus said. "As a matter of fact, the evidence is going to show you that he was sitting in his living room in shorts and a T-shirt, watching TV, eating a bowl of vanilla ice cream, which any one of us would have been doing. When all of a sudden Amber Guyger comes through his front door uninvited."

Hermus said the evidence would show that Guyger's intrusion scared Jean, prompting him to get up off his couch and confront the stranger. But before he could take a few steps toward the door, Guyger was "leveling her gun having acquired her target" and firing twice, hitting Jean in the chest. He said the bullet ripped through Jean's heart, lung and intestine before lodging in his lower back.

Tracing Guyger's steps on the day of the fatal incident, Hermus said that despite working a 13 1/2-hour shift on the day of the deadly encounter, she appeared to be planning a rendezvous with her police department partner and lover. He showed the jury text messages Guyger sent her partner moments before the shooting, writing "Wanna touch" and using more sexually explicit language in other text messages.

Hermus argued that during her communications with her partner, Guyger became distracted and confused about where she was.

He said Guyger's apartment was directly beneath Jean's fourth-floor unit. Not only did Guyger mistakenly park on the wrong floor of the complex, she walked down a long hallway, passing 16 different apartments but failed to realize she was not headed to her front door, Hermus said.

Even when she reached Jean's door and inserted a fob key, she failed to notice she was standing on a red mat, Hermus said. He said Guyger's apartment did not have a mat outside the door.

He said Guyger also failed to do what she was trained as a police officer to do if confronted by someone she suspected was a burglar: Retreat, take cover and call for back-up.

"And for her errors ... Botham paid the ultimate price," said Hermus, asking the jury to find Guyger guilty of murder.

He denied that Guyger, who was still in her police uniform when she shot Jean, was planning to rendezvous that night with her partner, calling the prosecution's assertion "speculation."

Rogers told the jury that Guyger was keenly aware that residents of her apartment complex had experienced recent break-ins and car burglaries.

"Amber was very aware, based on her job, that where she lived was, unfortunately, a high-crime area," Rogers said.

He described the configuration of the South Side Flats apartment complex, where Guyger had lived for about two months, as "a confusing place" with floors in the parking garage and apartment doors not clearly marked.

"After this incident, the investigators interviewed and learned that 93 tenants had unintentionally parked on the wrong floor," Rogers said.

He said another 46 tenants who lived on the floors where Guyger and Jean resided had gone to the wrong apartment and placed their key in the door.

Rogers said that after working a long shift, Guyger was on "auto-pilot" and didn't see the red mat at Jean's door when she inserted the key and noticed that the door was unlocked.

He painted the picture of Guyger entering the apartment and seeing the figure of a large individual inside coming toward her, yelling, "Hey! Hey!' and drowning out her orders for him to show her his hands.

Rogers said Guyger feared for her life and felt she had to use lethal force to defend herself.

"She reacts like any police officer would who has a gun when confronting a burglary suspect," Rogers said.

'He must want to kill me'

While Rogers told the jury they would hear from Guyger themselves, he said that going through the officer's mind in the split second before she pulled the trigger was, "'My God, there's a man in my apartment, and he's big. He must have a weapon. He must want to kill me because I caught him burglarizing my apartment.'"

He said that in that instant, Guyger had no time to retreat and call for back-up as Jean charged within 13 feet of her.

"She fires twice because at that time she knows this man 'is trying to kill me,'" Rogers said.

He said Guyger immediately called 911 and asked for paramedics to come quick. He said Guyger told a dispatcher at least 22 times, "I thought I was in my apartment."

Rogers asked the jury to side with Guyger's claim of self-defense, saying prosecutors are "holding Amber Guyger to an impossible standard" and "making innocent mistakes into evil acts."

"The only justice, in this case, is to find Amber Guyger not guilty," Rogers said.

Jean's family, including his parents, brother and sister, held a prayer vigil on the steps of the Dallas courthouse Monday morning before entering the courtroom. But attorney Lee Merritt, who represents the family in a pending civil suit against the city of Dallas, said the case is far from a slam dunk for the prosecution.

Guyger was fired from the Dallas Police Department 18 days after she fatally shot Jean. She had been a member of the department for five years and had been promoted to the department's elite Crime Response Team.

During his funeral in September 2018, Jean was recalled by mourners as a man of many talents: A strong Christian, a beloved friend, dependable work colleague and a gifted singer. Jean's uncle said he had aspirations of becoming a politician in his native country of Saint Lucia.

"The sound of gunshots did not have the resonance to be heard on our small island, but their impact was of nuclear proportions," Jean's uncle, Ignatius Jean, told mourners at the funeral. "A nuke had been unleashed on our family by someone charged to protect and serve."

Guyger was initially arrested and charged with manslaughter. But a Dallas County grand jury later indicted her on one count of murder.

Guyger's defense team had requested a change of venue for the trial, arguing Guyger couldn't get a fair trial in Dallas County because of the publicity surrounding the case.