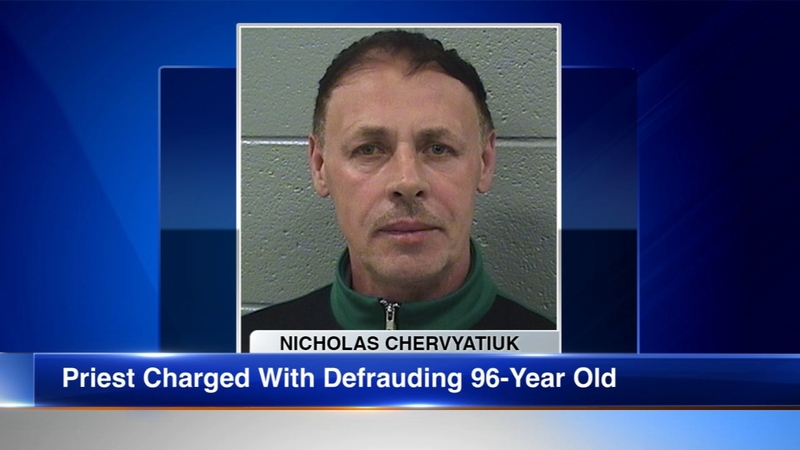 CHICAGO (WLS) -- A former Humboldt Park priest has been charged with stealing thousands of dollars from an elderly woman.

According to police, Nicholas Chervyatiuk allegedly defrauded his secretary, a 96-year-old woman who survived a Nazi prison camp, of $330,000.

Prosecutors said the woman gave Chervyatiuk power of attorney over her when she was diagnosed with dementia. Chervyatiuk used that arrangement to steal the victim's money.

Chervyatiuk allegedly used the stolen money to buy two restaurants, a hair salon and rental properties in the Chicago area.