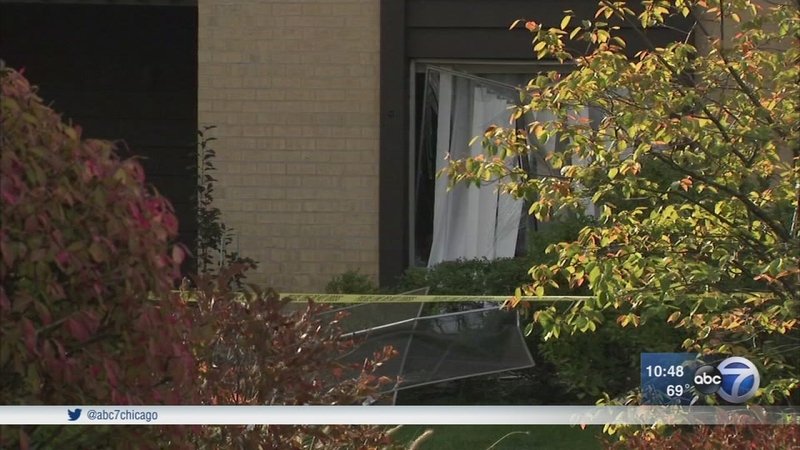 WILLOWBROOK, Ill. (WLS) -- Investigators Saturday were trying to determine what caused the gasoline leak that sparked a frightening series of fires and explosions in the southwest suburbs.

People who were evacuated from one complex were allowed to return home Saturday after officials determined the danger was over.

The fires and explosions broke out yesterday at more than ten different locations.

Authorities say it could have been much worse.

Only one person had to be hospitalized, 80-year-old Margaret Rice. She was hurt in a blast at the Knolls Condominiums in Willowbrook.

Knolls Condominiums resident David Dalporto said an explosion in the laundry room next to Rice's unit blew a hole through her wall.

"Her hair was singed, she had burns on her arms. It was pretty devastating. I got the fire extinguisher from the laundry room which had been blown apart, went in there, put out the fire in her apartment and I continued to get her out of there, carried her out," Dalporto.

Dalporto and other residents were allowed to return to the complex Saturday.

Residents in one Willowbrook neighborhood can return to their homes after explosions caused by a gas leak Friday.

"All readings are well below explosive limits. At this time we consider the situation to be stable," said Deputy Chief James Connolly, Westmont Fire Department.

Investigators said all the fires and explosions were fueled by gasoline that leaked into the sewage system from a Speedway gas station in Westmont.

"They are pumping out ground water and their gasoline tanks and will continue to investigate, the exact method by which the release occurred is still under investigation," said Connolly.
Chief Connolly said people in the area may still smell gasoline.