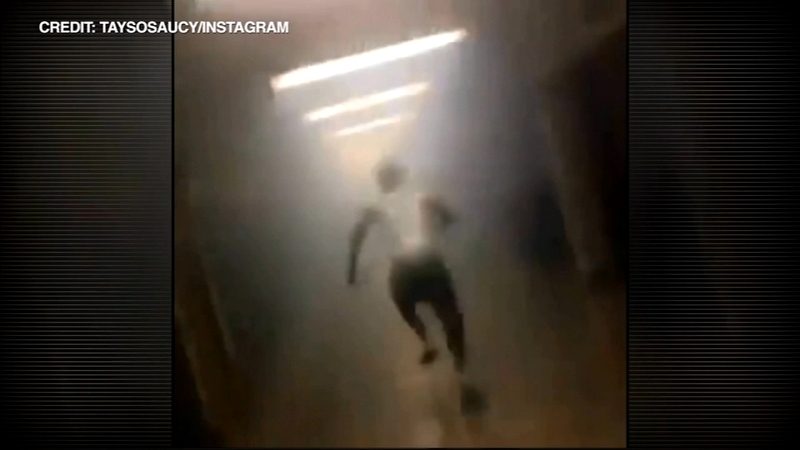 CHICAGO (WLS) -- An explosion earlier this week at Morgan Park High School sent at least one student to the hospital. It was not the only explosion this week, and parents are demanding answers from school officials about their response.

Parents say the school's response was clearly inadequate because the very next day there was another explosion. Thursday night, ABC7 learned federal authorities are involved in the investigation.

The aftermath of the first incident was captured on video. Students can be seen running through a hallway full of smoke.

"We have kids that's coming to school to get an education. They cannot get an education if you've got these other ones out here just trying to create havoc," said one parent at Thursday night's meeting.

Morgan Park High School officials said the Tuesday morning blast was the result of someone setting off fireworks.

At least one student was sent to the hospital for smoke inhalation.

But the next day it happened again; another explosion in the hallway.

Before the back-to-back blasts, parents said there were a series of incidents involving fire alarms being pulled.

"They have already showed you and proven it to you that they will do whatever they can get away with," one of the parents at the meeting said.

"Unless you deal with it on a severe basis, it's going to continue. It's not going to stop," said another parent.

Parents said the school was slow in notifying them. Some wondered why the fireworks weren't caught at the door.

"The X-Ray machine is set to pick up metal. We can see through the bags, but we don't necessarily know what each shape is," said Marcel Smith, Chicago Public Schools.