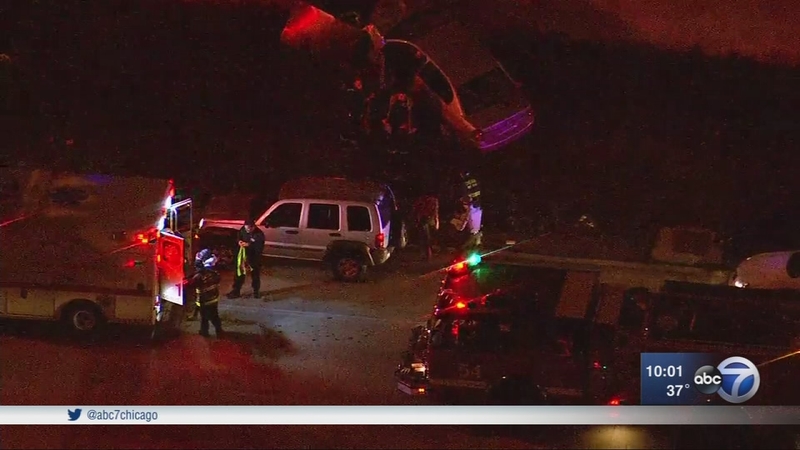 CHICAGO (WLS) -- A 22-year-old Chicago man was killed in a shooting on the inbound Dan Ryan Expressway Thursday evening.

Shortly after, gunshots were heard and one vehicle crashed into a concrete wall. The other vehicle continued on the highway, leaving the scene.

"As the cars were traveling down the expressway, there were shots fired," said community activist Andrew Holmes.

State police said the man was who was killed was driving the crashed vehicle, and two adult women and a 2-year-old child were also in the car. One of the women, 22, and the child were taken to St. Bernard Hospital in good condition to be checked out, Chicago fire officials said. They were not hit by gunfire.

Dashon Campbell, 22, of the 4400-block of South Shields, was hit by gunfire and taken to Stroger Hospital in critical condition where he died.

No information on the other vehicle or any suspect has been released.

"You are on the expressway. Anybody driving northbound, if you are doing 60 or 70 miles per hour, this car could have turned and easily had cars flip over. You could have had fatalities," Holmes said.