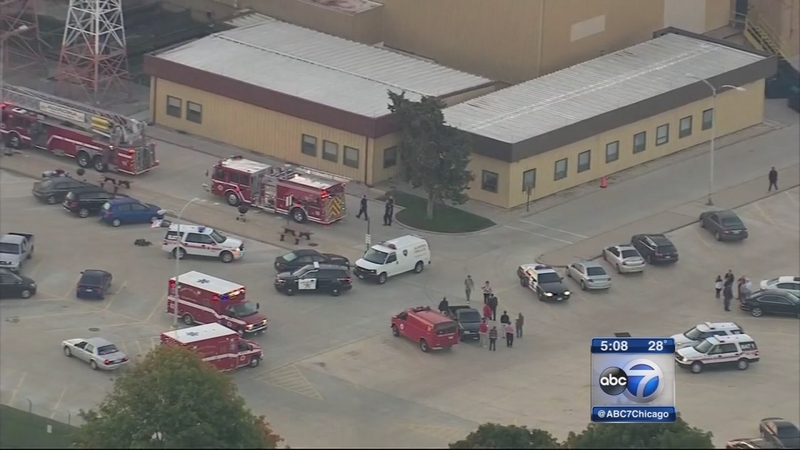 CHICAGO (WLS) -- On a conference call Monday, the Federal Aviation Administration announced a series of changes they are proposing in the wake of the Aurora FAA facility sabotage.

Brian Howard, 36, of Naperville is charged with one felony count of Destruction of Aircraft or Aircraft Facilities after allegedly cutting the radar and telecom feeds and setting them on fire at the FAA facility in Aurora on Sept. 26.

As part of its 30-day review, the FAA unveiled a plan to bring about more seamless exchanges of flight information from center to center, as well as increased security measures. The plan is to be implemented within a years' time.

The damage to the Aurora facility raised questions about resiliency of our national airspace system and its ability to withstand a similar attack in the future.

Howard was a private contractor with security clearance for the facility. The FAA says it's refining and adjusting its security with more random screening, deeper risk assessment and more surveillance.

The FAA is also changing to how information is handled and transferred. They are working on a back-up system that would build in automation, allowing information to automatically be transferred to nearby flight centers.

When the Aurora facility was damaged, controllers were sent to surrounding Midwest facilities to handle air traffic but the flight information passed to them had to be manually entered into the system.

The proposed plan would ensure that if a facility goes down, response time comes in hours instead of days.

"I believe with the three-stage plan we can establish an operation efficiency goal of achieving 90 percent operations 24 hours after a major outage," said Michael Huerta, FAA administrator, "but only if resources are made available."

Several times in the conference call, Huerta referred to needed resources but didn't define what a more efficient system would cost or whether it was realistic to expect necessary money from Congress. The damage cost the airlines and traveling public an estimated $350 million, and cost the FAA untold millions more.