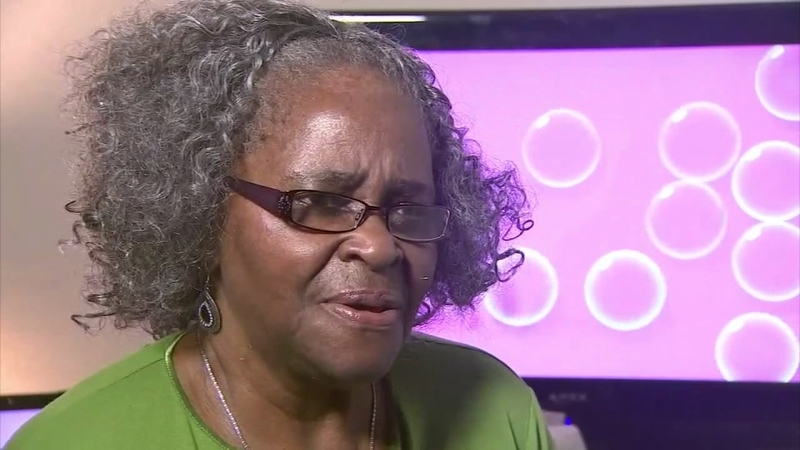 ATLANTA -- A woman says she went on Facebook to save lives, but the social media app ended up helping to save hers.

Francine Sims-Gates told WSB that she would have died if she didn't get help fast.

She got that help thanks to someone watching her prayer service on Facebook Live earlier this month.

She went from leading her daily prayer service to asking people to pray for her. She grabbed her chest and then said something strange.

"I don't mean any harm but right now I do need you to pray for me," she said on the live video.

Then she suddenly passed out in her bedroom at her Southwest Atlanta apartment. She regained consciousness but couldn't get off the floor.

"Just call somebody," you can hear her say to her legally blind adult son who has autism.

He wasn't able to help her or call for help. But someone on Facebook Live was able to help and Gates is appreciative of that.

"Thankful. I'm thankful. All those eyes," she said, trying to hold back the tears.

A neighbor who was watching contacted Gates' daughter.

Judge Oliver gave her the address and asked the neighbor to call the leasing office, since the senior living facility is equipped to deal with emergencies.

The video showed the leasing agent arriving in the apartment.

"Is she OK? Oh Jesus," she said upon finding Gates on her bedroom floor.

The leasing agent called 911 and got help there immediately.

Doctors say Gates' blood pressure was through the roof and she had blood clots.

Judge Oliver had always warned her mother about the dangers of social media.

"Surely when this occurred, the first thing I thought was, 'Thank God she was on Facebook,'" the judge said.

Gates says Facebook often gets a bad rap, but without it, she might not be here today.