Police: Killing of partially clothed couple in car a 'crime of passion' 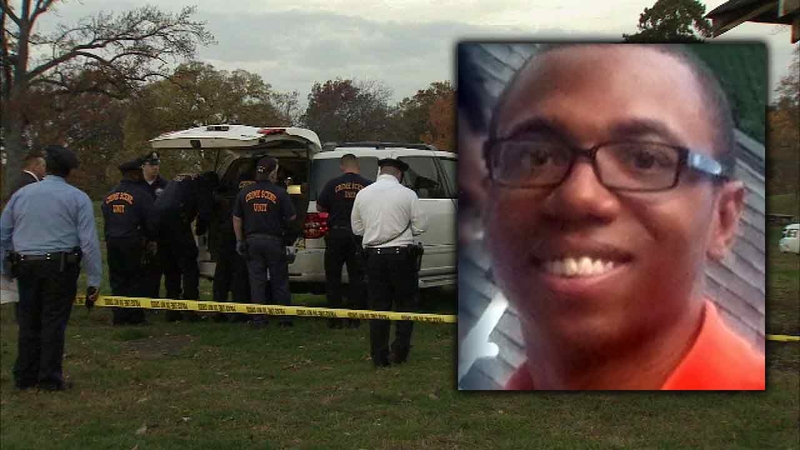 VIDEO: Police: Killing of couple in Fairmount Park a 'crime of passion'

PHILADELPHIA -- Philadelphia police say the man and woman found dead inside an SUV in Fairmount Park were in a relationship, while also maintaining other romantic relationships.

Capt. James Clark of the Homicide Unit said on Monday those relationships are the focus of the investigation.

"I can tell you from the crime scene that it was very much a crime of passion," Clark said.

The partially-clothed bodies of Shakoor Arline, 25, of the 2800 block of W. Girard Avenue, and Lisa Smith, 32, from the 6300 block of Oakland Street, were found inside the vehicle on Friday.

Investigators say the two were having a sexual encounter when someone opened the rear door of the white Toyota SUV and shot them at close range.

Nine shots were fired, police say, and all of them resulted in gunshot wounds to their heads.

"Somebody knew they were in the park at that time and obviously had issue with that," Clark said.

The shooter then fled in an unknown direction.

Investigators are still awaiting autopsy results, but believe Arline and Smith were killed sometime between midnight and 5 a.m.

Action News was there on Friday as a woman, who told police she was Arline's girlfriend, came running to the scene.

Both Arline and Smith met while working together, though they no longer worked for the same employer, Clark said.

It was noted that the SUV had Arizona license plates. Clark said that it was Smith's vehicle, and she was originally from Arizona.

Clark said both were 'upstanding individuals' and had no issues with the police.

The incident was reported at 2:40 p.m. in the 800 block of Lemon Hill Drive when a maintenance crew emptying trash cans found the victims inside the rear of the vehicle.

They approached the SUV because it was parked in an unusual place and a back window was broken out.