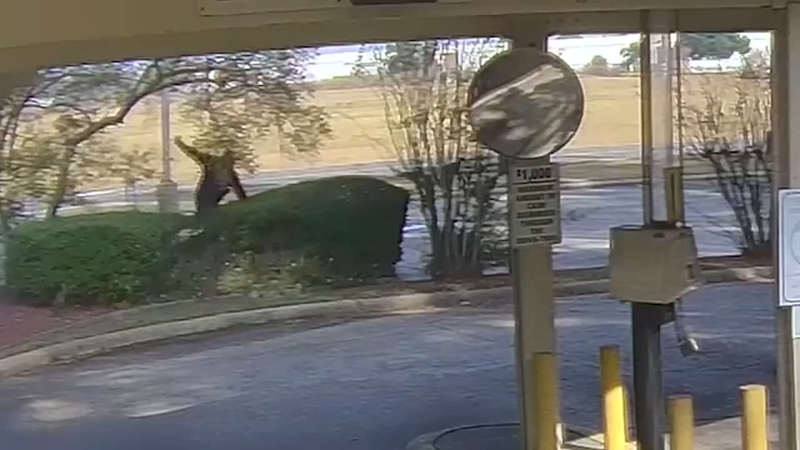 Clumsy criminal and getaway driver still on the run

SHREVEPORT, La. -- The Caddo Parish Sheriff's Office is trying to track down a clumsy criminal and his getaway driver. Monday, the man robbed WESLA Federal Credit Union in south Shreveport off of Williamson Way. Cindy Chadwick, the spokeswoman for the sheriff's office said they are looking at video from the bank, and nearby businesses. Plus, they are following up on Crime Stoppers tips.

Chadwick believes a light colored Dodge Caliber is the robber's getaway car. The only suspect information Chadwick has is, a man that's 5'8 to 6'0 feet tall. She said he was wearing a black hoodie, black pants, black shoes, and neon yellow gloves. He was also armed with a handgun.

Chadwick believes the man targeted Gibsland Bank before robbing WESLA Federal Credit Union. "There was a man who tried to get into their bank. They saw him coming, saw that he was wearing the same clothing that we have described, had on the mask, and they were able to lock their doors and keep him from coming in the bank. That was about an hour before the credit union was hit. We do feel pretty confident that this is going to be the same person," said Chadwick.

Thankfully no one was hurt when the robber held up the credit union. The FBI is working with the sheriff's office on this case. If you know anything call Crime Stoppers at 6-7-3 7-3-7-3.