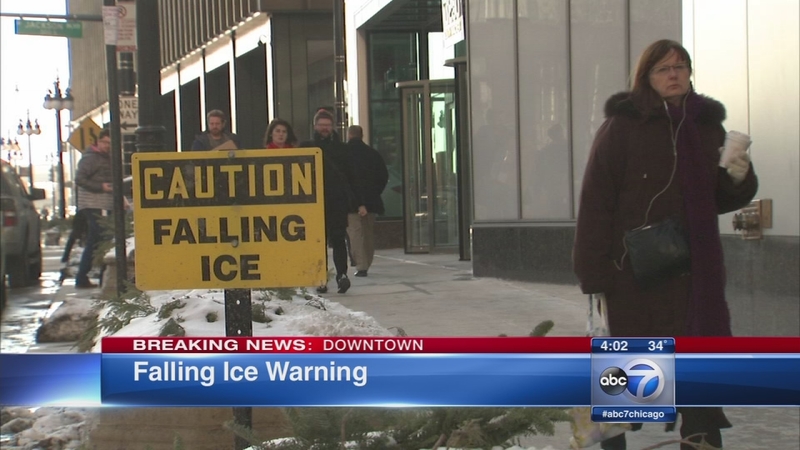 Falling ice signs out in Chicago

CHICAGO -- Street signs near Chicago's skyscrapers are warning pedestrians to watch out for falling ice.

It's a sign of the season downtown: Caution! Falling Ice.

"We just think they're funny. We don't really believe them," Vaishali Chundi said. Chundi, like a lot of people who read the sign, still looks up. "We just wanted to see. But I don't think there's anything. All the years I've walked in the city I've never been hit by falling ice."

Yellow tape cordons off an area at the Chicago Cultural Center near Michigan and Randolph. The building is one of many where falling ice could be a problem as temperatures rise and icicles from the roof begin to melt. They could eventually break off and crash to the ground below.

"I don't see any ice around. So where is the ice coming from? It doesn't worry me," Tom Fenwick said.