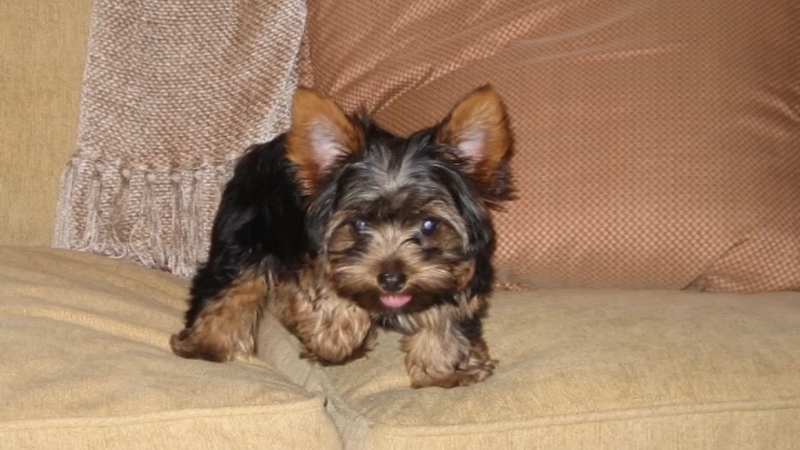 HOUSTON -- In 2006, George W. Bush was president, and the Enron trial began. It was also the year a Houston family's dog disappeared.

This month, the dog was returned to his original owners, no longer the pup they once had.

"I got him as a present for my wife," said Aaron Webster. "I always had big dogs, but he earned my respect when I opened the back door and he had a snake in his mouth. He was tough."

The snake incident happened when Remington was still a pup.

Remy was at the home of Webster's parents when he was taken outside for a restroom break. When they went to bring him back in, he had vanished.

"We know he was stolen. Maybe a hawk grabbed him, and he got away. We'll never know," he said.

They looked for him but finally resigned themselves to never seeing him again or knowing what happened.

Recently, Webster was called by a rescue in Fort Worth called Saving Hope. Remy had been found as a stray by animal control.

He was thin, sick, missing teeth and blind.

"He had three microchips implanted. Mine had the only working phone number," Webster said.

He went to Fort Worth to be reunited with Remy and bring him home.

Webster and his wife now have three sons, all younger than the Yorkie. The kids spend their time holding him. They also have another dog.

"If I could ask for anything, it would be to have 24 hours to talk to Remington about what happened in all that time. What happened when he disappeared? Who did he live with? I know he didn't spend 14 years on the street," Webster said. "But at the end, it wasn't good. He was abused, and he's skittish. He's starting to come around."

He also questions why vets over the years didn't contact him to tell him they had a dog with his microchip information.

Remy is beginning to thrive in his new and final home. "He wants to be around us all the time. He has energy, eats well and wants to be outside. He's getting his personality back. That means he tries to escape from his kennel."

Webster said the little terrier gets around well, despite his blind condition. He goes down the steps and remembers where things are.

"He has a couple of years left in him," Webster said. "He's small, but he's tough. He wouldn't have survived all that time without that. What we can give him now is a good stress-free life."