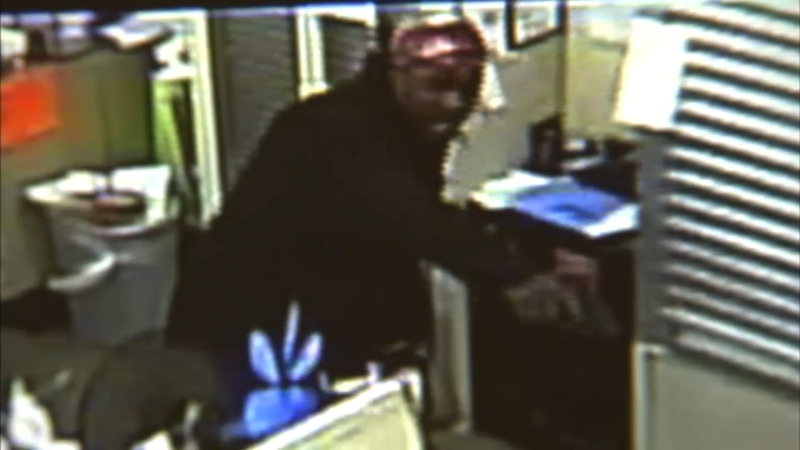 MERRILLVILLE, Ind. (WLS) -- Just a few minutes before closing time Saturday night at the Family Dollar in the 5400-block of Broadway in Merrillville, two men entered the store.

Police say they pretended to be customers before each man pulled a gun on the two clerks in the store.

Detective Sargent James Bogner says the robbery escalated quickly, with one of the suspects becoming violent with a clerk.

"One of these suspects grabbed a clerk, pushed her behind the counter and threw her to the ground and demanded money from the main safe," Bogner said.

Surveillance video from cameras in the store shows a suspect grabbing the clerk by the hair and dragging her behind the counter to the safe.

Police say once she tells him she can't open the safe, he hits her with his gun.

After several minutes, the suspects grab money out of two cash registers. Then they leave.

Merrillville police responded shortly after and with the help of a K9 unit from Crown Point, they tracked down one of the suspects, who was walking a few blocks away from the store.

Robert Kyler, 64, was taken into custody. Among the charges he faces are robbery and battery with a deadly weapon.

Police say it's believed the second suspect got away in a car, and is still at-large.

They are hoping that anyone who recognizes him from the video will contact them.

"Hopefully with people's help, we get some kind of identification on him," Bogner said.