Family forced off Southwest flight at Midway in viral video 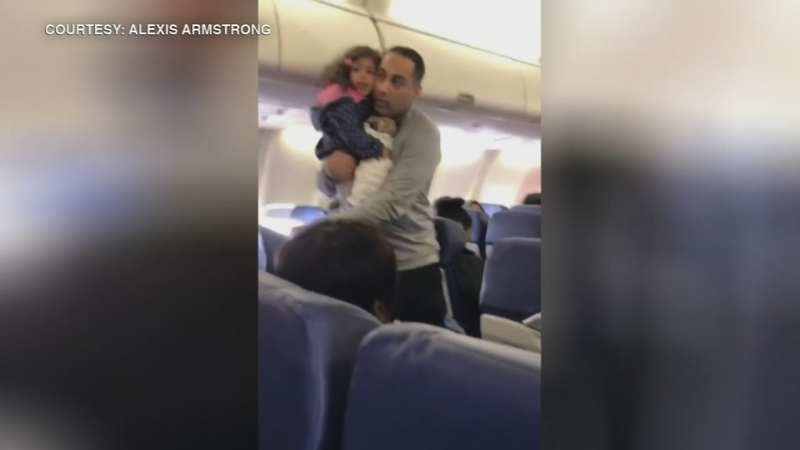 CHICAGO -- Southwest Airlines is taking some heat after a family was removed from a plane at Midway Airport when their 2-year-old daughter became unruly.

"She was scared. He was trying to calm her down," a passenger can be heard telling a flight attendant on the video.

"This is not helpful guys. Do you want to go to Atlanta or... ? The decision's been made," the flight attendant responds.

Apparently, the girl wanted to sit on her father's lap and not her own seat.

Southwest issued a statement saying, in part: "We always aim for a welcoming and hospitable experience and regret the inconvenience to all involved."