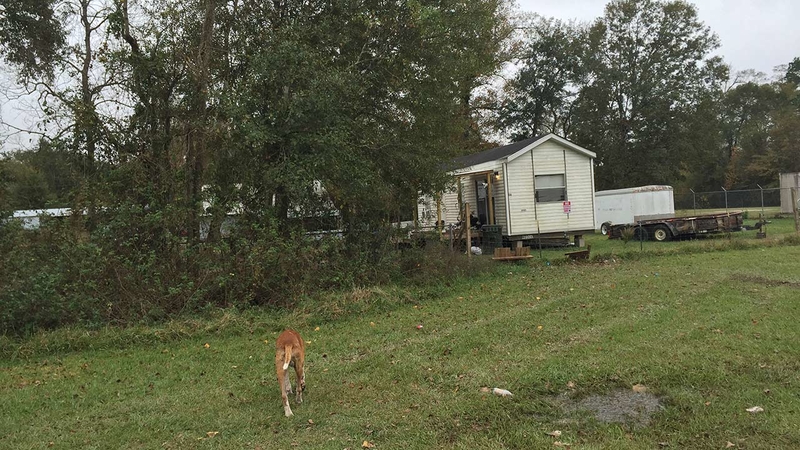 CLEVELAND, Texas -- Authorities in Liberty County, Texas, are investigating a fatal shooting at a home in the 300 block of FM 1010.

A spokesman for the Liberty County Sheriff's Office says around 6:30 p.m. Sunday, a woman shot a man she thought was trying to break into her mobile home in the back of the property.

Family members tell Eyewitness News that man was her husband's uncle. She shot him multiple times. He was pronounced dead on the scene.

Investigators say they've gotten a few different stories about what happened. But preliminary information is that the man was banging on the door trying to break in after some sort of domestic dispute.

Two of the victim's relatives said he had a history of severe mental illness. They say he asked at least two relatives Sunday to kill him.

The woman who shot him has not been arrested.