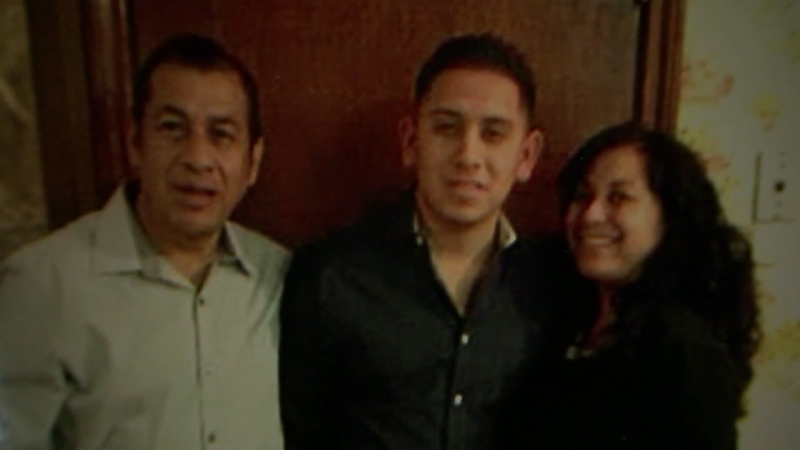 Bodies of Houston family missing since January found in Mexico

HOUSTON, Texas -- The bodies of a Houston man, his wife and son who went missing in January during a trip to Mexico are back in Houston.

The family of Juan and Maria Vargas told Eyewitness News that Mexican officials notified them that their bodies were found in September alongside that of 18-year-old Daniel Vargas.

In June, we spoke with Annel Ochoa, who said her parents and brother went to Mexico for a funeral, but went missing somewhere outside of Tampico.

Ochoa expressed fear that they may have been kidnapped, but said no one had contacted the family for a ransom.

Desperate family asking for answers after loved ones vanished in Mexico


Ochoa said she last spoke with her family on January 5, as they traveled the country in a 2014 Chevrolet Malibu.

Shortly after they arrived in Tampico, phone calls went unanswered.

"That's when I became frantic. I had a bad feeling about the trip from the start," she said.

Ochoa, along with her sister, Daisy, and their children, usually went on the annual family trip, but decided against it.

They learned that their parents and brother were dead in October after arrests were made by the Mexican government. The break came when a ransom demand was made on Facebook. That led to a phone number -- and wiretaps -- that implicated a gang of 11 cartel members in the family's disappearance.

"From what I was told, it was one of the suspect's birthday, and when my parents drove by, he said, 'I want that car,' so they stopped them. It was just an ordinary car," she said.

No proof of life was ever offered, and she said Mexican authorities and the FBI doubted the abductors had their family. One of those charged led authorities to a ranch near Tampico where the three bodies were recovered. The remains were flown to Dover Air Force base for identification and forensic examination.

Now, the daughters are trying to raise money for a funeral for their parents and brother. Ochoa said the Mexican government had agreed to help with the funeral expenses, but no funds have been authorized.

Ochoa said her parents and brother were all U.S. citizens.

The family, who lived in Greenspoint, was described as having a "modest lifestyle." Juan Vargas owned a body shop in Houston where he and Daniel worked.

The bodies of the Vargas family will arrive this evening in Houston, family members say.

She wants to warn other families who plan to drive to Mexico this holiday season.

"It's not the place you knew," she said.

Ochoa also wants the men charged to be brought to the United States for trial. She said she realizes that may not be allowed, but she wants to fight for it anyway.