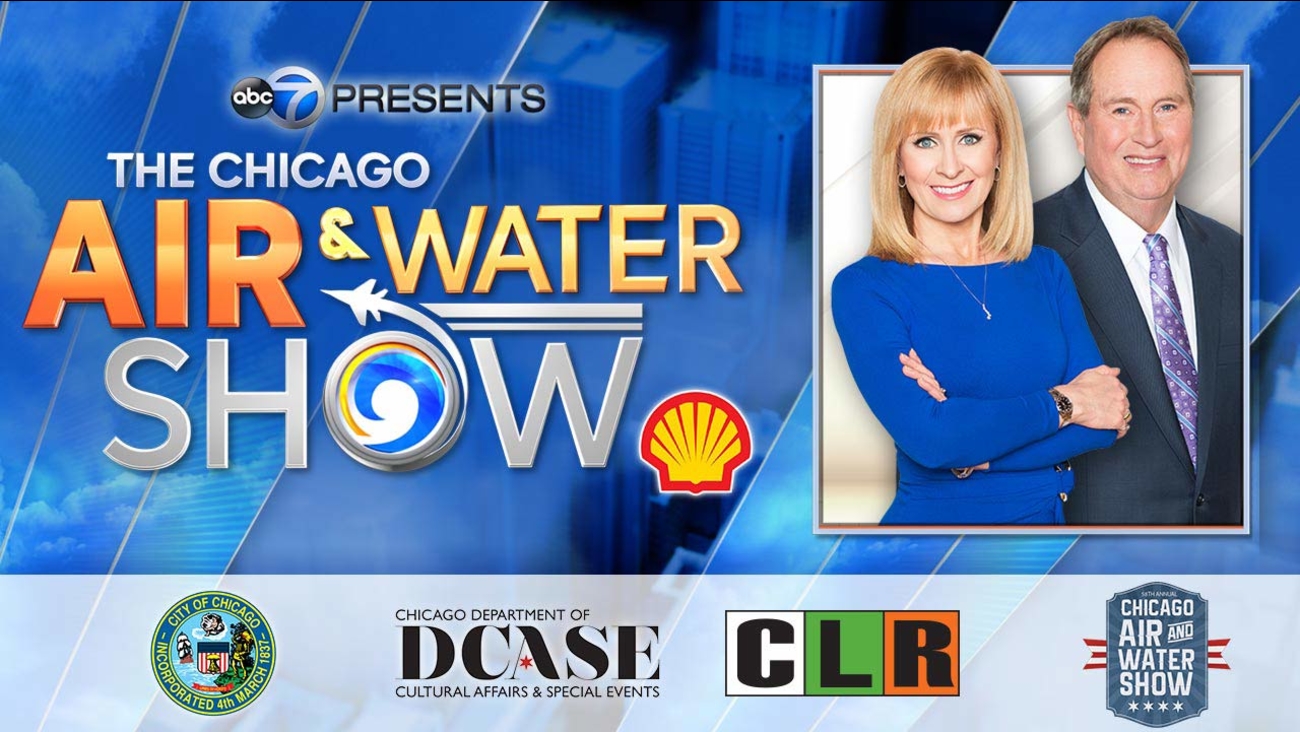 ABC 7 Meteorologists Jerry Taft and Tracy Butler once again were on deck to feature all the weekend's top highlights. Herb Hunter, The voice of the Air and Water Show for more than 20 years, joined Tracy and Jerry for the broadcast. This half-hour special aired Sunday, August 21, 2016 at 11:00 p.m., with an encore presentation, Sunday, August 28, 2016 at 4:30 p.m.

In addition, the special features ABC 7 Eyewitness News' Tanja Babich, flying high over Chicago with the world-famous U.S. Air Force Thunderbirds. In anticipation of her adventure Tanja said, "I'm not generally a nervous flier, but I've never flown in an F-16! I'm a little scared, but I'll never let fear get in the way of a once-in-a-lifetime opportunity. I can't wait!"

This half-hour special gives viewers a close-up look at this lakefront spectacle, featuring the awe-inspiring performance of one of this year's headliners, the world famous U.S. Air Force Thunderbirds. The Thunderbirds, astounding audiences since 1953, never cease to dazzle the crowd with their show of might, speed and display of precise and intricate maneuvers. A select group of Air Force Pilots will be flying the F-16 Fighting Falcons Fleet.

New this year, the U.S. Air Force F-35 took part in the show for the first time.

All eyes were also on the brave men and women of the U.S. Army Parachute Team Golden Knights and the U.S. Navy Leap Frogs as they jumped out of an aircraft 12,500 feet above the earth's surface, racing to North Avenue Beach at speeds exceeding 120 mph all the while managing perfect landings - no sweat at all!