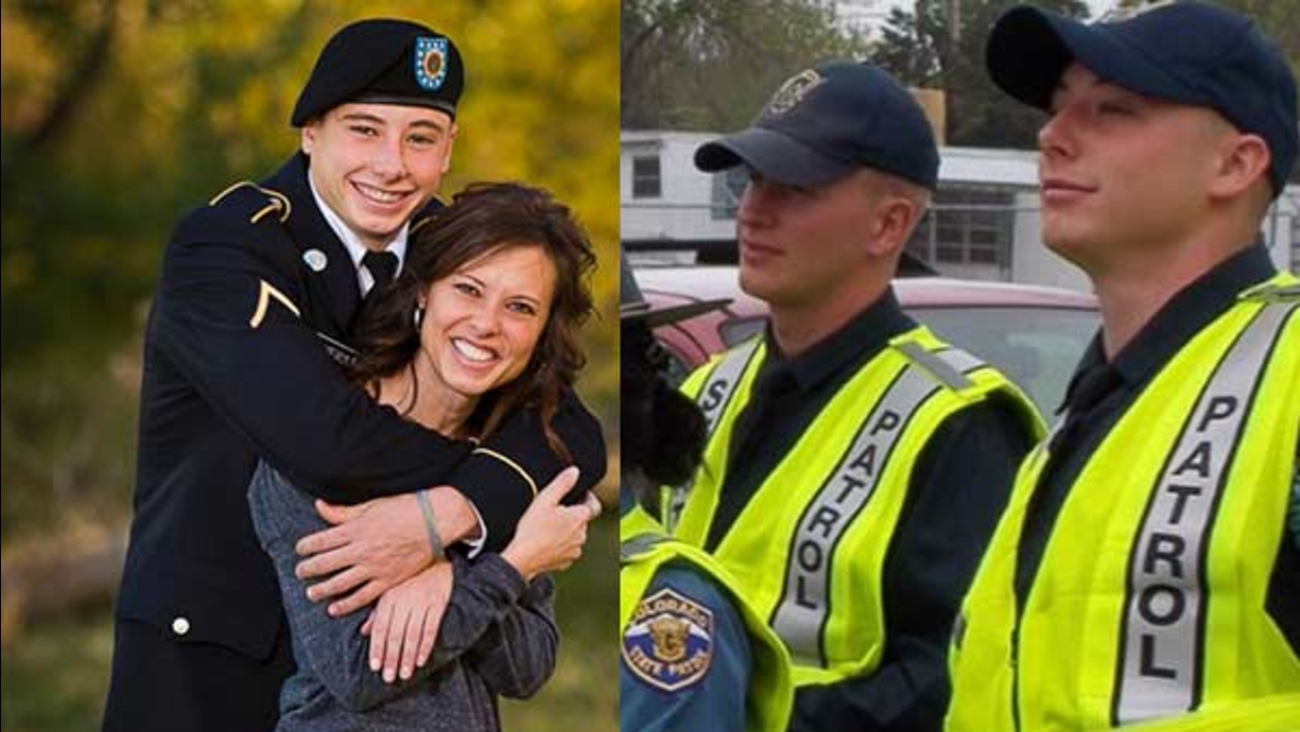 While families all over reunite for the holiday season, Carole Adler is trying to adjust to the loss of her only son.

This May, Taylor Thyfault was training with the Colorado State Patrol when he was struck on the scene of an unrelated accident by a suspect evading police. He was pronounced dead at the scene, but he used his last moments to save someone else. Before he was hit, Taylor, 21, screamed at the tow truck driver on scene to get out of the way of the speeding suspect.

"He took his half a second to react (to the approaching car) to warn the tow truck driver to get out of the road," his mother told ABC News.

Adler said she and her son were extremely close. They texted each other all the time, and Adler said that her son was texting her right before he was killed. When she heard what happened, she texted him immediately, with no response. In the months after Thyfault's death, Adler said texting his phone kept her feeling close to him.

She never really considered that his number might be reassigned to someone else so soon after the accident -- until she finally got a text back from his number. Taylor's number had coincidentally ended up on the phone of a veteran officer who worked in the county where Thyfault was killed.

Sergeant Kell Husley got a new phone number this August and ignored the first couple of texts from Adler, which he assumed were accidentally sent to the wrong number.

"Then I got one that was really heartfelt and I knew that this is somebody who doesn't know I have this phone," Husley said.

When Husley found out who Adler was, he offered to change his number - but Adler said she felt the fact that Thyfault's number had been reassigned to someone with the job he one day hoped to have was fate. "I am honored that a police officer of your credentials has (Thyfault's) number," Adler texted him. "You're doing the things he wanted to do."

As Adler prepares to see her son's name added to a national memorial to fallen officers next year, she said it feels bittersweet.